A guide to the best beaches in St Tropez

Beaches hold an indescribable allure over holidaymakers. It is difficult to explicate how a strip of sand or pebbles can evoke such a sense of joy and intrigue. During the winter months, the very thought of a summery beach can flood one with feelings of nostalgia and yearning. Perhaps it is because they serve as the bridge between two worlds: the fascinating unchartered realm of the deep blue and the familiar lands on which we live.

In the French Riviera, this phenomenon is easier to understand; the beaches in Saint Tropez are quite simply fun, glamorous and beautiful. Though varying from bustling centres filled with beach clubs to wild and rugged tucked-away coves, they all share the same thing: immense natural beauty and a place to while away the summer's heat with sporadic dips in the cooling Mediterranean. 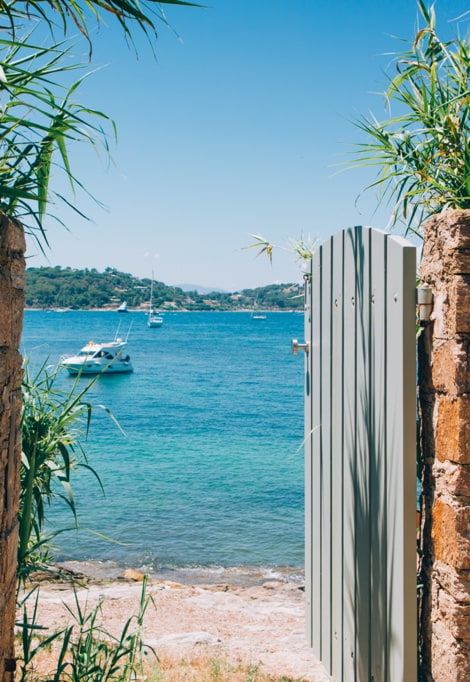 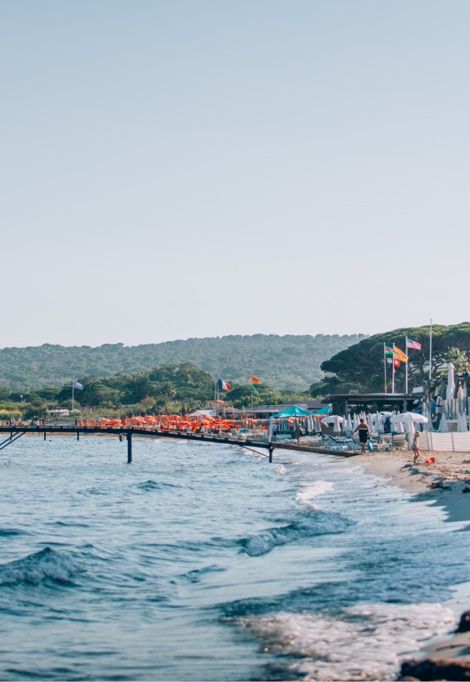 This, among many other reasons, is why St Tropez is one of France's most glorious luxury holiday destinations. This luxury travel guide will give you the best beaches to dip in and out from during your St Tropez holidays, whether you are looking to recline into the lifestyle of long lunches at lavish beach clubs or traverse the coastal paths to hidden gem beaches.

Something that really put St Tropez on the map of luxury France holidays is the array of excellent, glamorous and vibrant beach clubs and beach bars that litter the picturesque coastline along the French riviera. There is a deep history embodied in the folklore behind many of the long-lasting establishments that have been frequented for decades by the famous and the obscure alike. From the halcyon days of the 1950s, when Brigitte Bardot and the rest of the And God Created Woman crew roamed the quaint streets of little-known fishing villages, St Tropez has flourished onto the world holiday scene.

This Saint Tropez beach was arguably the catalyst, the birthplace, of St Tropez's renown. St Tropez, once quiet and unassuming, a destination of secret escapes from the humbugging and debauchery of city life for artists and writers, burst to life after landing a spot on the big screen. Club 55, which served refreshments to the cast and crew of Roger Vadim's film, has since become an institution on this stretch of sand. 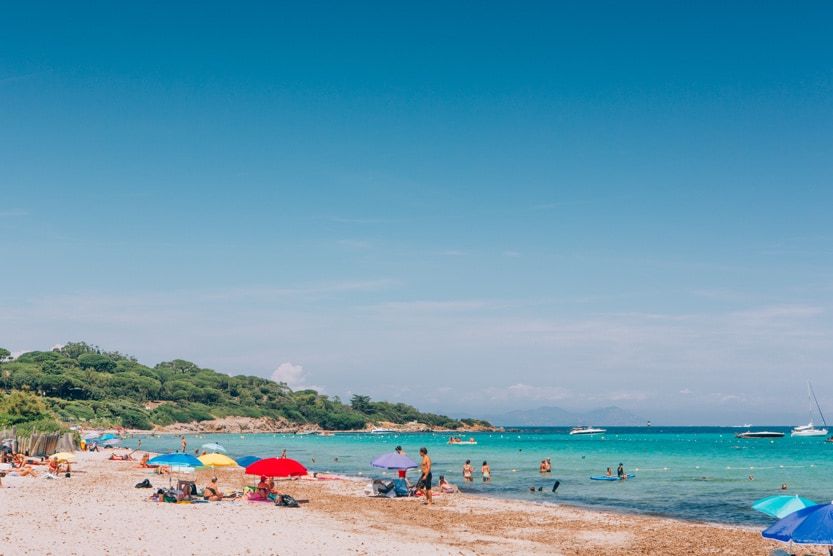 Taking note of the club's success, other clubs, bars, and beach restaurants have continued to spring up on this bustling, yet stunning beach. It is a great place to spend the afternoon flitting between sea and sofa, food and drink. Although it is St Tropez's most famous beach, it is actually located in neighbouring Ramatuelle. Nevertheless, it is entirely worth the visit.

This Robinson Crusoe-style beach has swiftly become a favourite amongst St Tropez locals and visitors. The distinctive feature of this beach, as it comes into sight, is the rippling, mirage-like, cresting blue sea of umbrellas that seems to trickle into the sea. La Plage des Salins restaurant sits on the water's edge, chairs almost perched in the gently lapping blue of the sea. 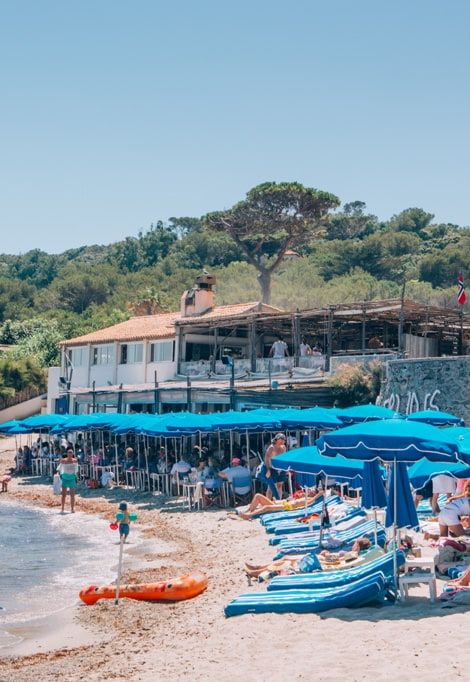 This is the more tranquil and rugged neighbour to Pampelonne beach. There is a wonderfully easy-going atmosphere both on the beach and in the famed restaurant, one that is more easily noticeable beneath the throngs of people than on the buzzing beach of Pameplonne.

Between the heaving beaches that are constantly moving with the masses and those beaches that are secluded, but difficult to access, there lies a happy medium. Some don't like the idea of zigzagging along a busy beach, laden with towels and bat and ball, to find a suitable spot for soaking up the sun. Conversely, traipsing across rugged to terrain to find a quiet beach might deter many beachgoers. Fortunately, some beaches remain lesser-known, but still easily accessible.

La Moutte beach is the kind of well-kept secret that will baffle you for not knowing sooner. While it is easily accessible in terms of physical exertion compared to many of the other serene beaches of Saint Tropez, its confusing and somewhat misleading way in serves as a guardian of the beach's tranquility. 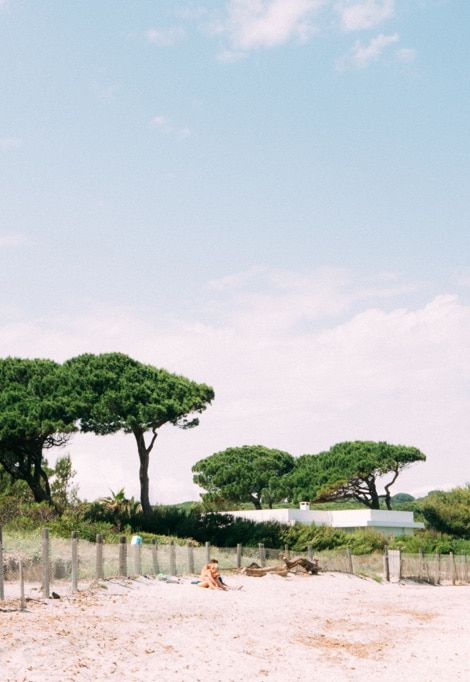 At the end of the road of the Treilles de la Moutte, a gate prohibits access to non-residents. However, there is a path open for pedestrian use. Follow that until you emerge through the foliage to a 300-metre stretch of sand that will feel almost like a private beach. Spend the day wallowing in the azure waters and sprawled on the soft sand.

Off the beaten track

To really immerse in the beauty and untouched natural splendour of St Tropez you may have to be willing to exert some extra effort. This effort will certainly be paid handsomely in the invaluable currency of a beautiful beach. Be prepared to traverse some rocky terrain or walk for some rather more lengthy distances, but the other end will tend to its welcome guests with a refreshing swim. 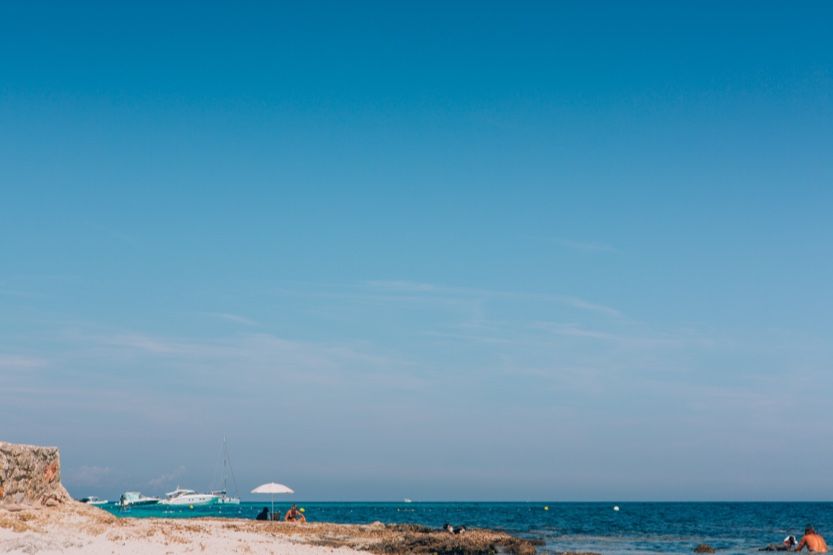 This beach is accessible only via a 45-minute walk from Gigaro beach, or a one-and-a-half-hour walk L'Escalet parking lot. Whichever path you choose, you will witness beautiful scenery along coastal tracks that eventually lead you down to a rugged, yet irresistibly inviting beach that disappears beneath the ebbing tides of the Mediterranean. 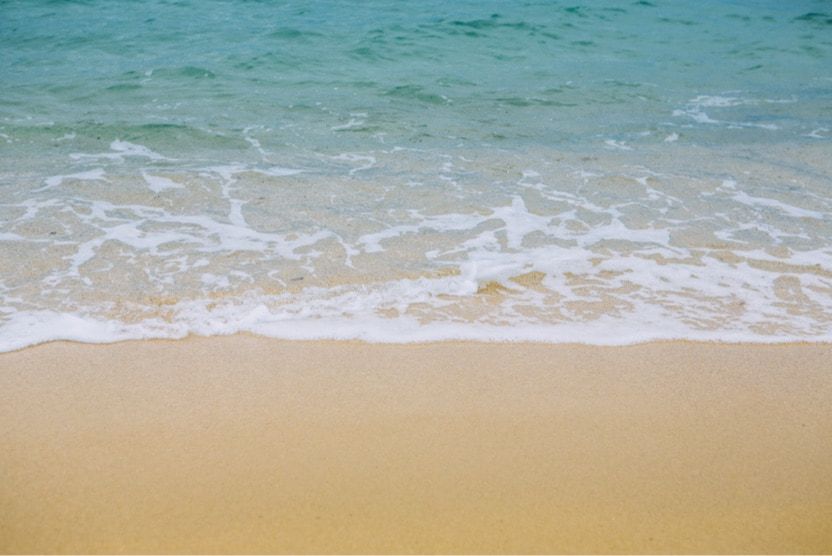 The beach is located in the La Croix-Valmer commune just beyond Ramatuelle. It is a peaceful cove cradled by the headland that bends round to Cap Lardier. The more adventurous types will find this beach to escape - a sanctuary from the hubbub of the undeniably heaving high season in the south of France.

Jutting out with sandy and rocky solitude into the Mediterranean is the point of Cap Taillat, which with Cap Lardier makes up a verdant nature reserve peninsula. The land is swelling with the green tides of oaks and pines rippling and rustling in the sea breeze, while the sea glistens in the midday sun. It is a strange thought that the shining blue waters that most resemble the sun's brightness on a hot day offer the best refuge from the sun's heat.

Visit the nearby family-run vineyard Domaine La Tourraque, where organic wines are produced from bounteous hectares of vines. The hilly coastline, covered with rich flora, drops down towards the coast, becoming rocky before meeting the sea. The Cap Taillat and Cap Lardier day hike is a great way to immerse in the natural scenery that St Tropez quietly flaunts. 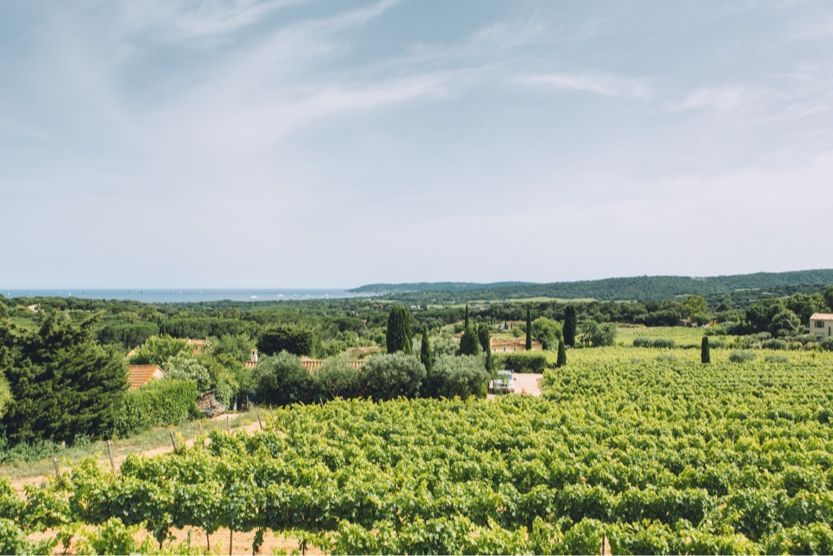 Luxury holidays along the coast are judged largely by the excellence of the surrounding beaches. Fortunately, St Tropez is on top of the list of luxury France holidays for its ability to cater to all predilections. Its beaches are no exception. With Le Collectionist, you can find the perfect home for your holiday by exploring our St Tropez villa rentals.

A postcard from our St Tropez weekend

From the lively Place des Lices to the mythical and vibrant beaches of Ramatuelle, discover the exceptional setting of Saint Tropez for a weekend.

END_OF_DOCUMENT_TOKEN_TO_BE_REPLACED 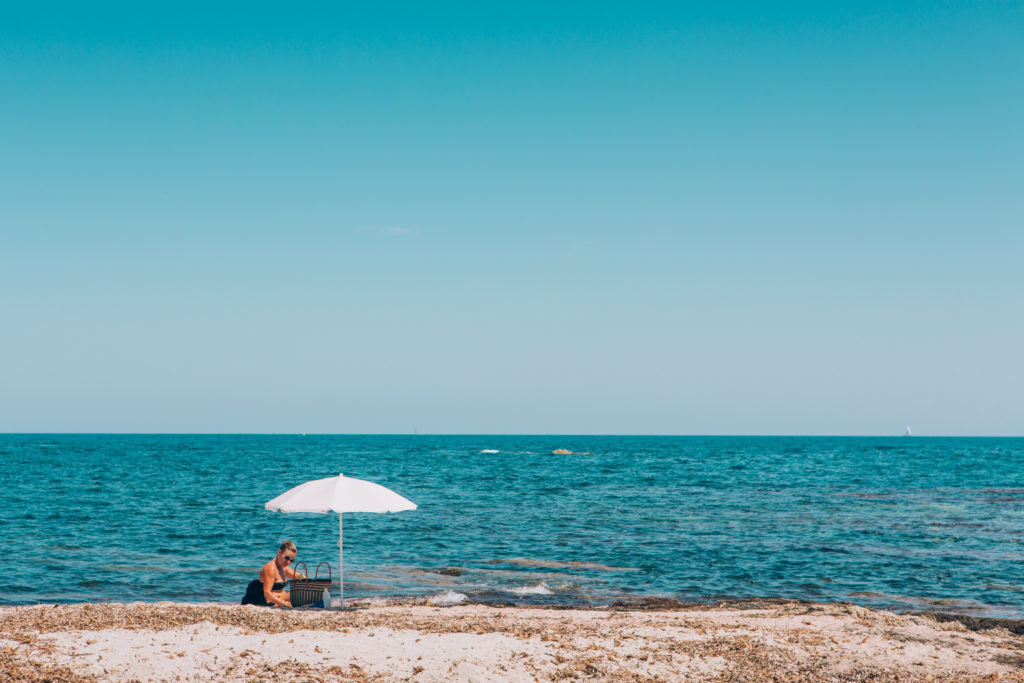 Wander down from your villa to the buzzing Pampelonne Beach below, before ambling to your favourite destination for the day: Tiki Beach.