Sicily travel guide: Delve into the mysticism of Sicily

Explore Sicily with this guide. A delicate and amalgamation of cultures and fine cuisine will have you enamoured from first sight. 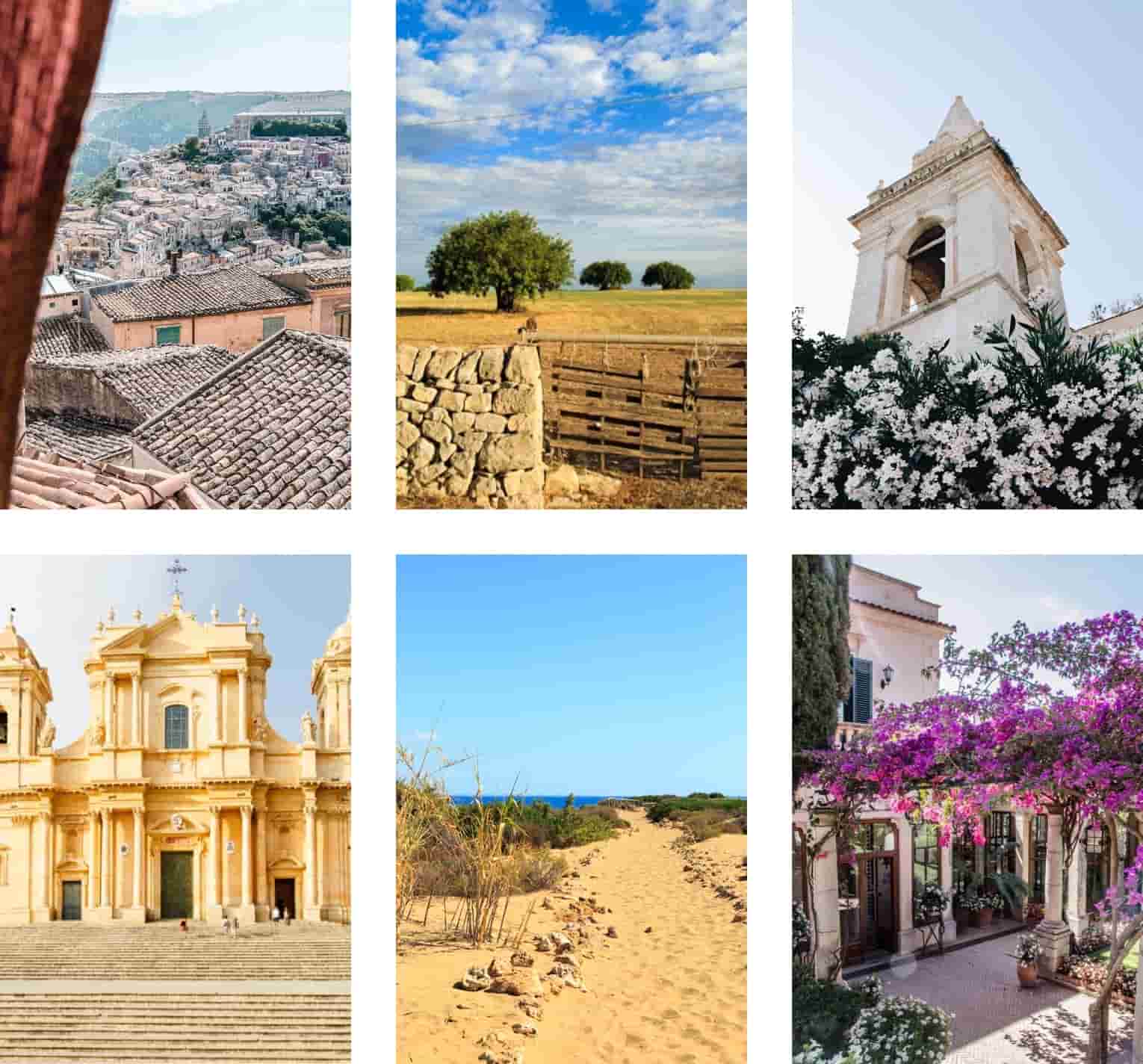 WHY IS SICILY A GOOD HOLIDAY DESTINATION?

Sicily, suspended between Europe and Africa, is a world apart. Syracuse, in the south-eastern corner, is the best starting point for a voyage of discovery across the largest island in the Mediterranean.

In the historic heart of Ortygia, set on a peninsula jutting out into the sea, the food market is a nostalgia-inducing festival of Italian culture. The vibrant colours and flavours are matched by the equally vibrant gestures and cries of the locals. 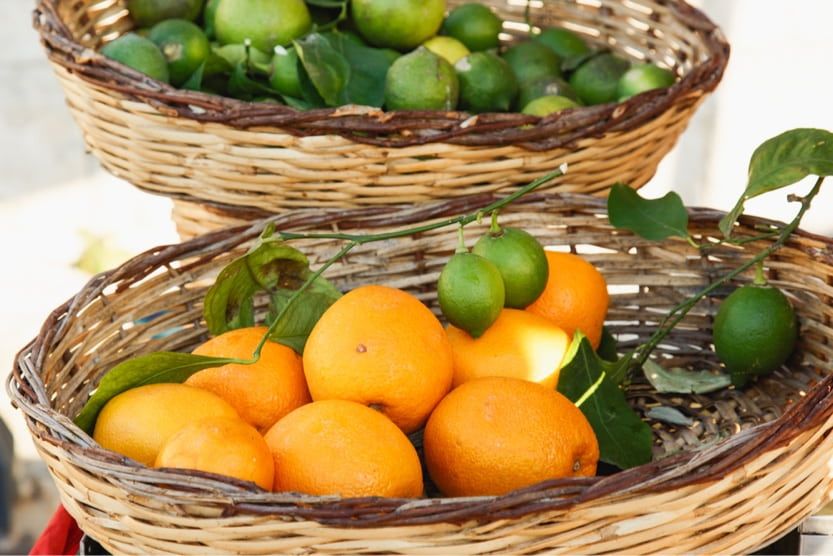 As you stroll on, gelato in hand, an immense shadow looms into view and you raise your eyes to behold the majestic, imposing spectacle of the Duomo in all its Baroque splendour. A little further on, back on terra firma in Neapolis, you can truly begin to appreciate just how important Sicily has been throughout the millennia as a cradle of civilisation.

With this luxury travel guide to Sicily, you can plunge into the past, as you explore remarkable ruins in the shade of olive and lemon trees. Up in the north-western corner of the island, the Trapani peninsula is well worth a visit, not least for its unspoilt port lined with white fishing cottages, and narrow streets dotted with Baroque townhouses. 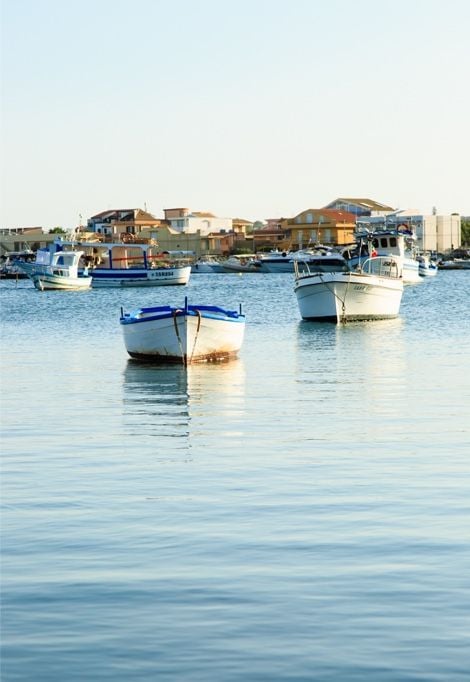 Sicily proudly retains its status as a bridge between east and west, and between different eras stretching way back into the mists of time. The influence of this storied past is everywhere visible in the island’s architecture, markets and cuisine. It is in this eclecticism of time, history and culture that Sicily has forged its reputation as one of the most intriguing luxury holiday destinations.

Visitors invariably fall under Sicily’s spell, and the fact that it feels like a raw, more authentic version of mainland Italy. As Goethe said, “To have seen Italy without having seen Sicily is not to have seen Italy at all, for Sicily is the clue to everything."

discover the baroque town of palermo

Further east, Palermo is and always has been a magnet for lovers of art and history, with its façades still bearing the traces of the successive occupations which shaped Sicily: Norman, Arab and Spanish. In this cultural melting pot, Byzantine mosaics, Baroque churches and souk markets exist side by side. Date trees tower over sublime palazzi, beneath the scorching sun.

The contrasts which abound in this multifaceted city never cease to amaze: from the grand avenues, lined with palm trees and elegant boutiques, to the warren of winding alleys and lively market squares.

No trip to Palermo would be complete without a visit to the museums. In keeping with the city’s protean image, Palermo’s Gallery of Modern Art displays Italian masters from the 19th and 20th centuries side by side with works by some of the most celebrated contemporary artists.

As in the rest of the island, Palermo’s local cuisine is a beguiling combination of styles and influences. After a hearty main course of fish couscous, round off your meal with some delicious cannoli. The island’s gastronomic heritage is enriched by its diverse influences, and the sheer quality of the local ingredients: ricotta, crustaceans, pistachios, almonds… 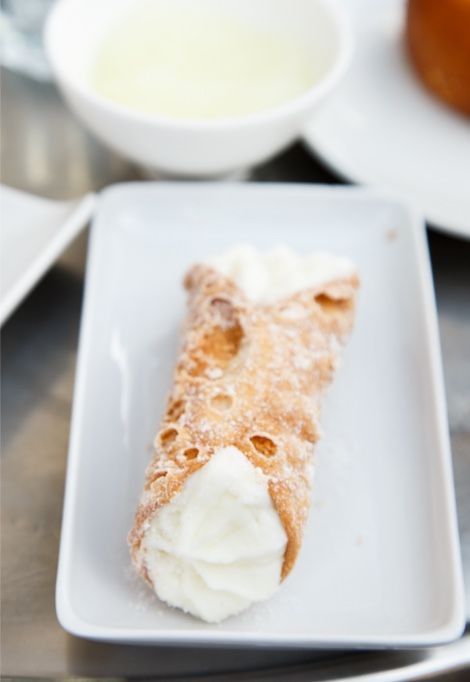 set sail for the aeolian islands

To truly appreciate the scope of Sicily’s natural riches, set sail for the Aeolian Islands and weigh anchor at Lipari, the largest and most populous of the islands in this astonishing archipelago. These volcanic islands seem to emerge from another age, unchanged since the days of Odysseus.

Your luxury Sicily holidays here are framed by the endless blue sky and sea, white villages nestle amid the steep hillsides. The coast is wild, rugged, virtually untamed and utterly gorgeous. The beaches are inaccessible to cars, but the view is well worth the walk.

When and how to visit SICILY

Sicily is at its best between April and June. The temperatures are pleasant, without the scalding heat of the summer, while the sea is already warm enough for swimming. In winter, the island gets its fair share of wind and rain. Unfortunately many hotels and restaurants, even in the most popular destinations, are closed for the winter months.

The best way to reach Sicily is by plane, with regular flights to the airports in Catania and Palermo. You’ll need a car to explore the island’s different regions – the coastal roads are particularly stunning. There are a number of daily ferry services to the Aeolian Islands, running from spring onwards. 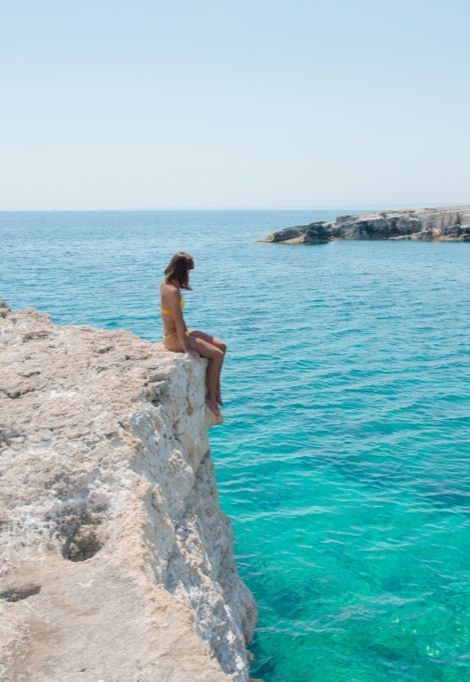 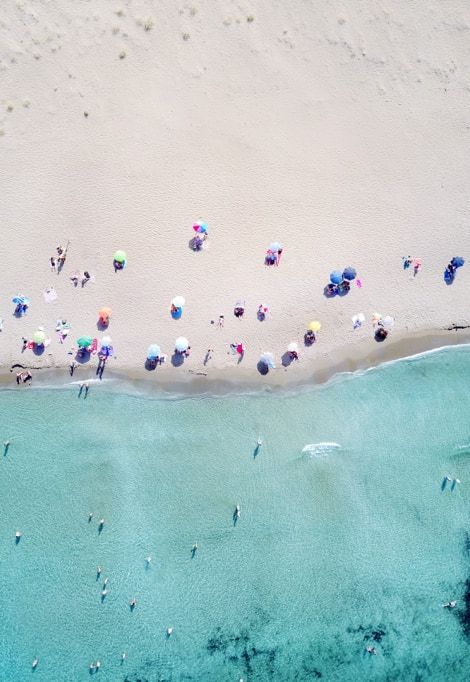 A GUIDE TO Our favourite restaurants

Ask any local for a restaurant recommendation and they’ll point you in the direction of Lo Scudiero, a family-run trattoria serving no-nonsense Sicilian classics in the heart of Palermo. The atmosphere is relaxed and the dishes are simple yet delicious, in a quintessentially Italian décor with photographs all over the walls. The menu is packed with classics, but our favourites have to be the “linguine a la Mediterranea”, the almond and pistachio cake and the superb wine list.

After whetting your appetite with a stroll through Syracuse’s food market, head for this classic “deli” stocked with the finest Sicilian produce. That means a huge selection of wines and olive oils, cheeses and local cured meats, presented with artistic flair on wooden boards known as “taglieri”. Calm and spacious are not words you’d use to describe Caseificio Borderi, but the quality of the food more than makes up for it. 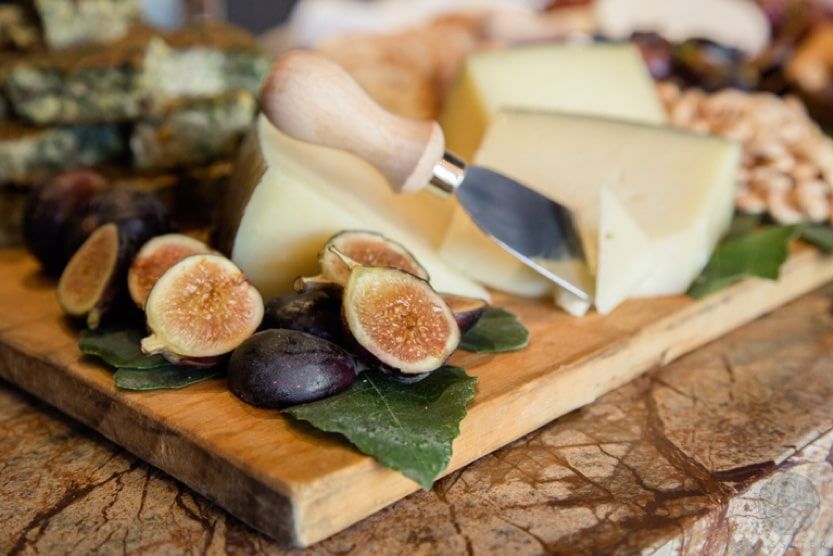 A taste of the east

To get the measure of just how much Sicilian cuisine owes to its Arabic roots, don’t miss out on the famous “pasta con le sarde” at Cambusa. This pasta dish, made with sardines, raisins and breadcrumbs, is one of Sicily’s greatest recipes. The restaurant is well-known and much-loved by Palermo locals, and we recommend booking in advance.

Antico Caffe Spinnato has been voted Italy’s best café on multiple occasions. Italians take their coffee, and the rituals which go along with it, very seriously indeed. So when it comes to choosing a good café, you can trust their judgement. The coffee at Spinnato is strong, and the pastries and ice creams are to die for. Special mention goes to the Avola almond and Bronte pistachio croissants. 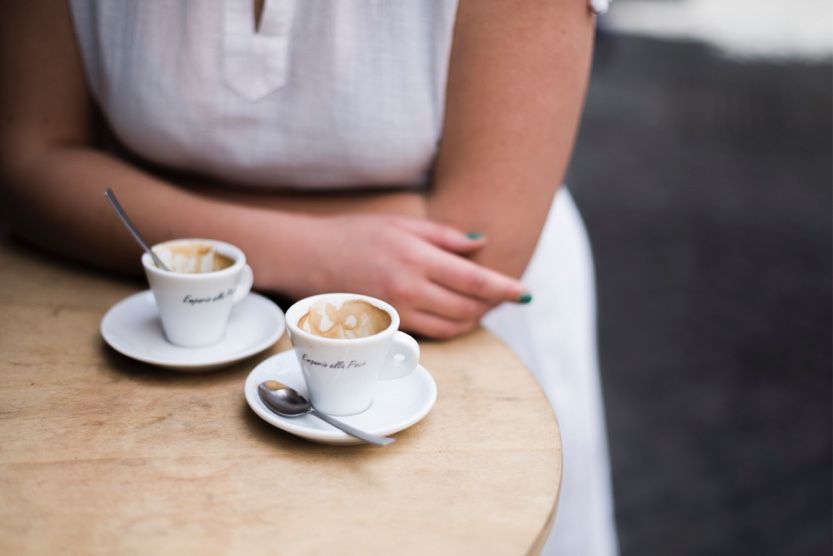 If it’s a broad range of Sicilian grape varieties you’re after, look no further. The staff here are knowledgeable and attentive, always happy to provide more information about the wines on the menu. Locals consider this to be the best wine bar in Palermo. 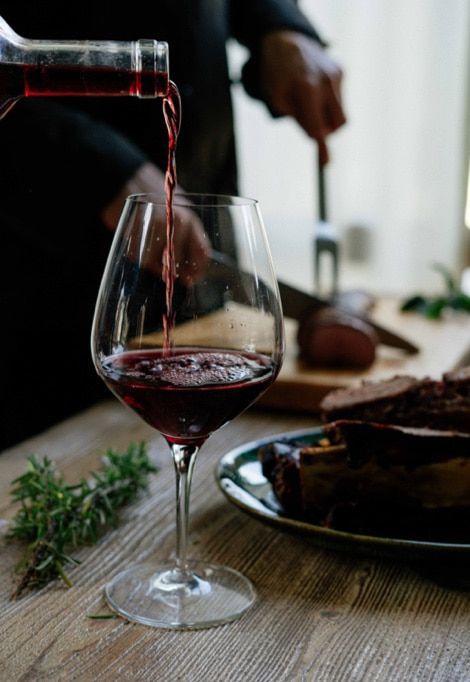 Coffee with a view

If you’re passing through Marsala, you absolutely must not miss the chance to stop off at Mamma Caura for a coffee with an incredible view of the salt marshes. It’s also a perfect opportunity to taste their famous arancini, fried risotto balls with ricotta and spinach. What’s more, the prices are eminently reasonable.

The market at Ortygia

This historic market, open every morning except Sunday from 7am to 1pm, looks out over the sea. There are not many markets of this size and significance left in Italy, and while Ortygia’s market partly owes its survival to the many guided tours that stop off here, it is also an integral part of local life in the town. Tomatoes, asparagus, fish and cheeses all vie for space with the colourful fruits (blood oranges, lemons and other citrus fruits) which make the rest of Italy so jealous of Sicily. 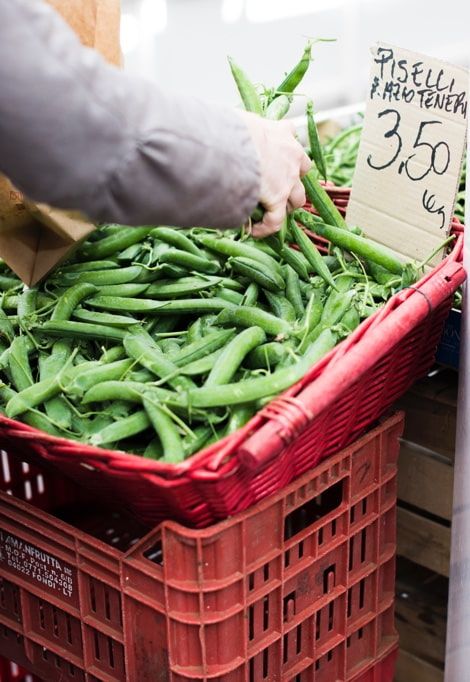 Sparkling white in the Sicilian sun, Scala dei Turchi is a beach with an other-worldly charm. Literally the “Turkish steps”, the clay and limestone shelves form a landscape which seems somehow out of place in this corner of the Mediterranean. To get the best photos of this lunar landscape, come early in the morning or outside of peak season, before the bathers take over the extraordinary natural terraces.

Valley of the Temples

A listed UNESCO World Heritage Site, Agrigento’s Valley of the Temples is a must-see for all visitors to Sicily. These eight majestic temples are framed by the clear blue sky, with the eternal hillsides in the background. A spectacular site which takes a few hours to truly experience and appreciate. 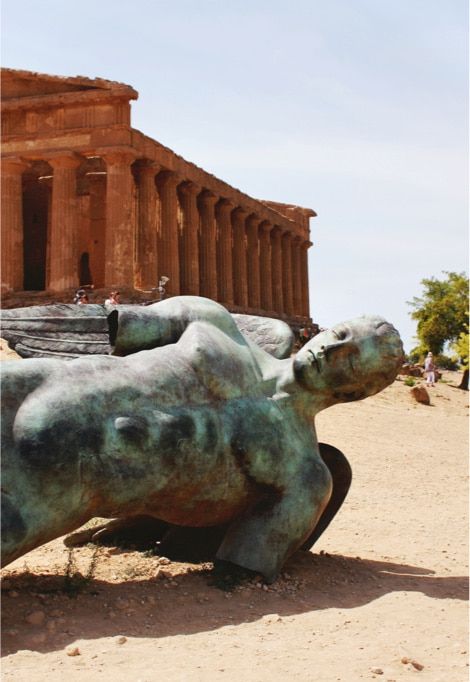 An island odyssey: experiences for explorers

Sail to the open sea of Taormina

Helped by our skipper, take charge of a sailboat and explore the beautiful bay of Toarmine. 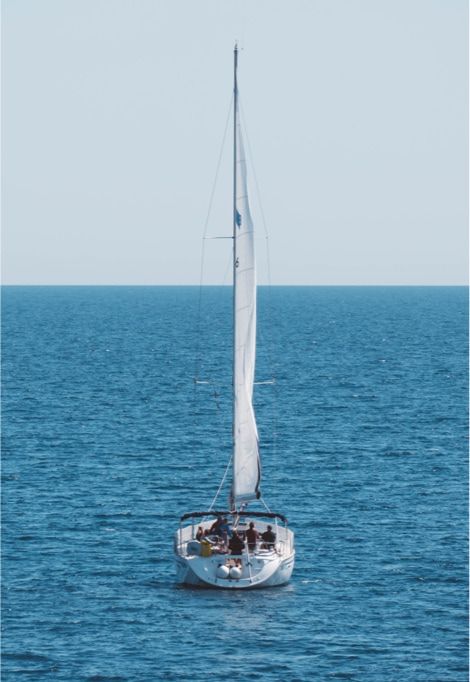 Conquer an active volcano: Mount Etna on a freeride

When Etna is snow-covered, go ride the flanks of the volcano in a private freeride lesson.

Investigate the traces of the Corleones

Explore the movie locations of The Godfather and follow in the steps of cinema’s most famous mafia.

Le Collectionist's values imbue a sense of ease, allowing clients to relax deeply and live fully on their luxury holidays.

Our personalised service packages and our luxury villas in Sicily will, together, provide you with an ideal environment in which to forge lasting memories with loved ones on your luxury Italy holidays. 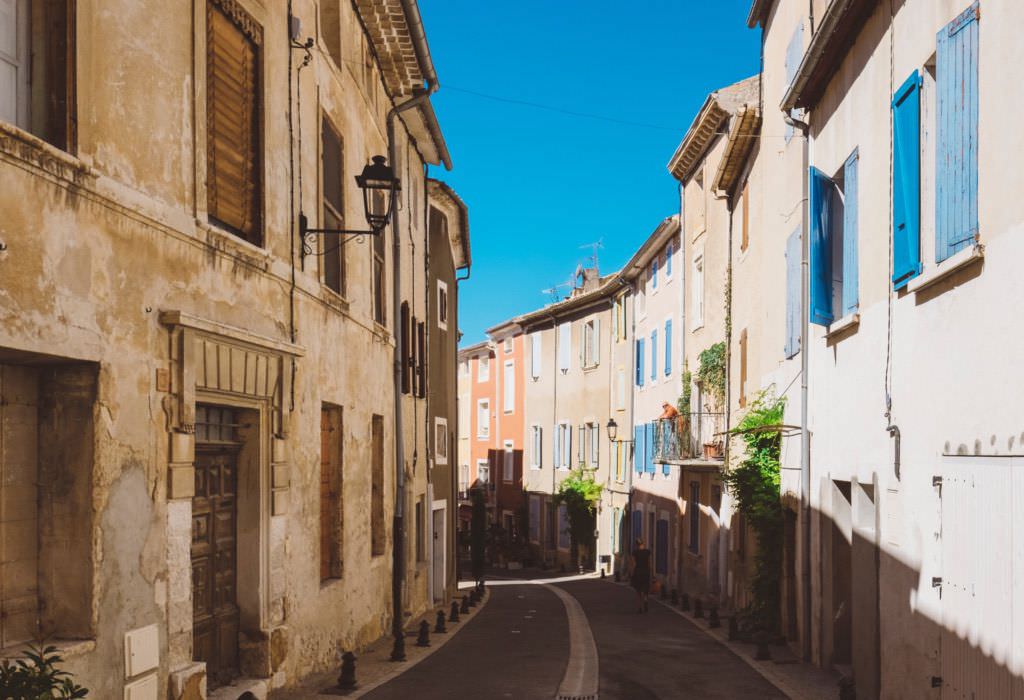 The charm of the best villages to visit in Provence

Follow our itinerary for a Provence holidays in the Luberon, discover this land of culture that has attracted travellers since the dawn of time.

END_OF_DOCUMENT_TOKEN_TO_BE_REPLACED 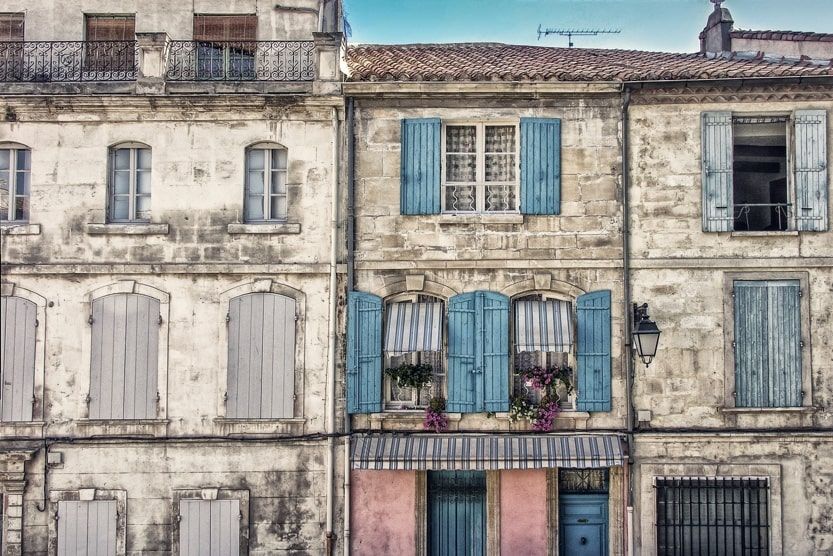 Best Things to do in Provence? Our Essential Visits

Check out our curated list of the best things to see during your luxury holiday in Provence, France. See beautiful sights with the ones you love most.