From the mystical Cala d’Hort cliffs to the emerald waters of Platja Xarraca, go on a journey to discover the most beautiful coves in Ibiza, away from the crowds.

There are those you come across by chance at the bend of a path or behind a pine forest. Then there are those you look for, well hidden, that play hard to get and demand that you extend your itinerary. Be they well-kept secrets or unmissable landmarks, Ibiza is bursting with dozens of creeks, each one more beautiful than the next.

These beaches, landlocked by rocks and challenging to reach, are the White Island’s charm. The white sand, turquoise water and burning rocks are a vision of paradise that you get to experience far from the crowded beaches of Las Salinas. So arm yourself with patience and set out on a quest to find the most beautiful beaches of Ibiza.

THE MOST BEAUTIFUL CREEKS OF IBIZA: CALA D’HORT

If Cala d’Hort is so often voted the most beautiful creek in Ibiza, it is thanks to its immense power of attraction. Situated in the South-Eastern part of the Island, this creek is sculpted into the cliff opposite the island of Es Vedra. The mysterious aura which emanates from it feels straight out of a fairy tale. Legend has it that the island and beach together form a mystical triangle. 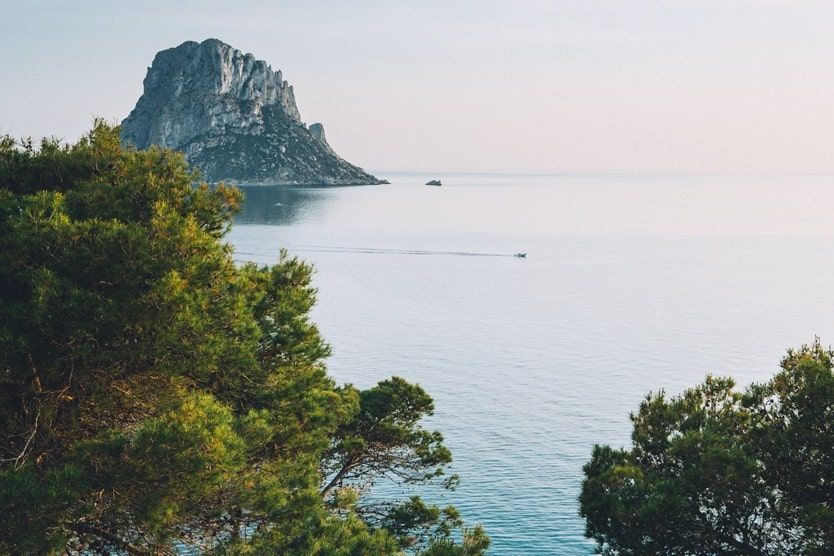 Whether you believe in the supernatural powers of this fascinating place, you cannot help being amazed before this sumptuous landscape. First harnessed for its cliffs, this creek was a quarry for the whole of the 18th Century. Still today, you can make out where the stone was dug into to erect Dalt Vila’s city walls. Hundreds of years later, the place was ruled by hippies who marked it with carvings in the walls. 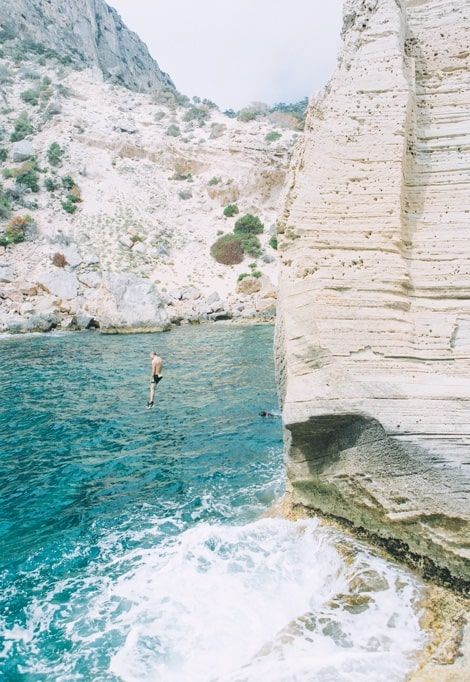 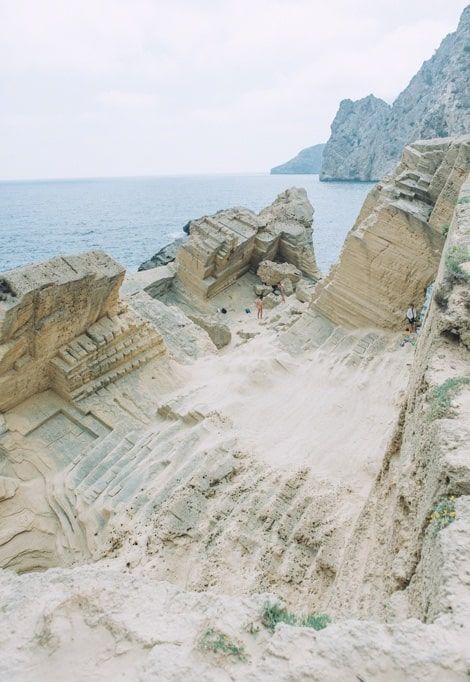 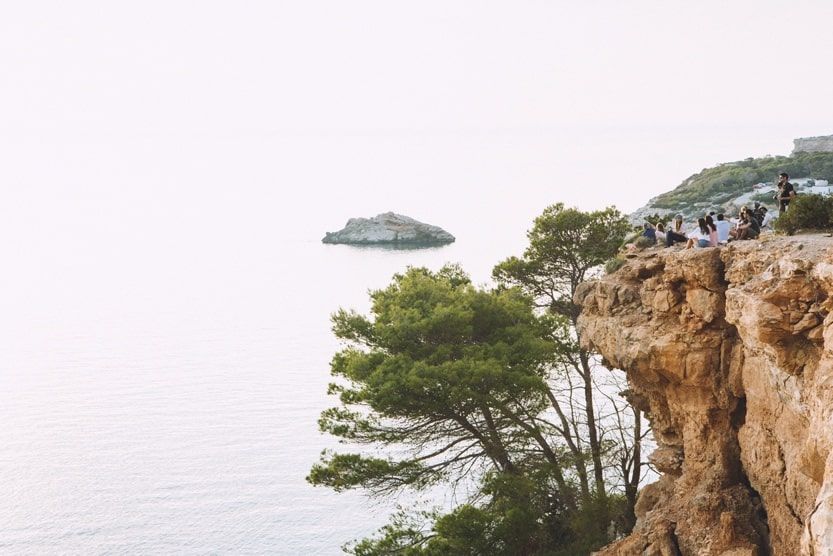 As in the era of the Summer of Love, Cala d’Hort is the place to be to admire the sunset on Es Vedra. While the light dims, the island becomes covered in hues of gold and ruby. Settle down on the fine sand to enjoy the scene or head to one of two restaurants on the Cala d’Hort beach. Our favourite? Es Bolado, with its terrace hanging from the cliff, commanding a stunning view of one of the most beautiful creeks in Ibiza. The perfect place to indulge in a glass of wine and a paella.

THE MOST BEAUTIFUL CREEKS IN IBIZA: ES PORTIXOL

Among the most beautiful creeks on the island, there are unmissable landmarks like Cala d’Hort and Cala Bassa… And there are hidden gems, like Es Portixol. Nestled in the north of the island, near the village of San Miguel, this beach is an insider secret. No streams of tourists in sight, only the locals and the regulars. And with reason. This creek, among the most beautiful in Ibiza, is hard to reach. It can only be done on foot, walking half an hour along a cliff edge, or by boat along the rugged coast of the island. 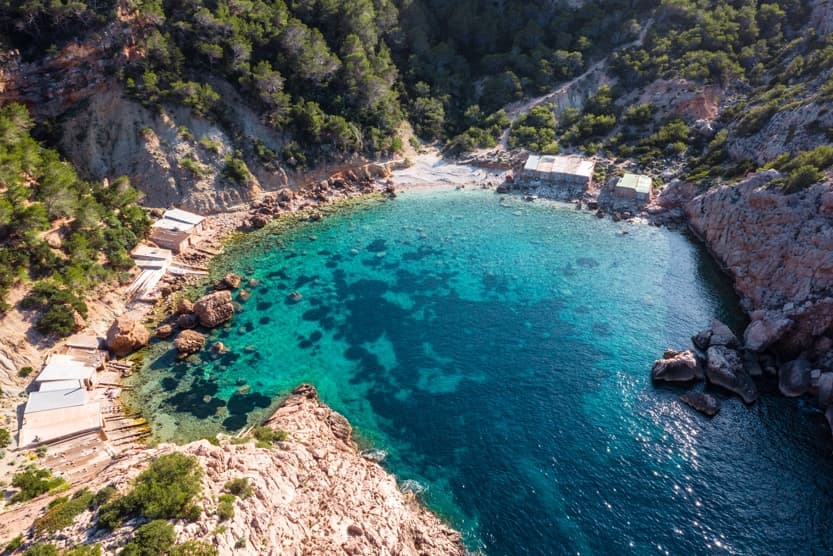 But it is definitely worth it: once there, you take in the view of a perfectly preserved beach where nature rules. On the one side, pine trees reach high into the blue sky, on the other, the turquoise sea touches the horizon. A few rowing boats and sailor’s huts complete this blue painting from another world. 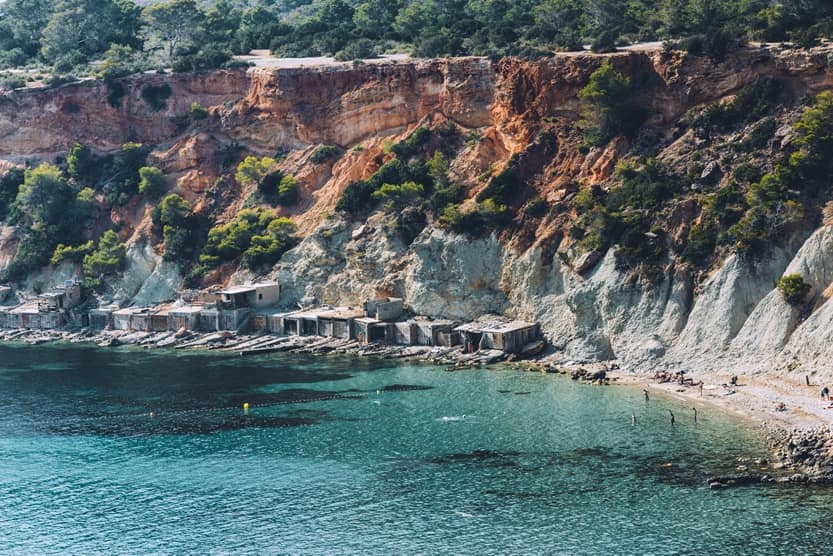 Walk a little further before dropping your towel. Beyond the crescent formed by the minuscule bay of Es Portixol, you will discover a dozen small natural pools, carved out into the rocks. Settle down and dip your feet in the warm crystalline water under the sun. A simple pleasure that you never get tired of during your luxury holidays in Spain.

THE MOST BEAUTIFUL CREEKS IN IBIZA: PLATJA XARRACA

Now head due north, towards Platja Xarraca. Wilder and less busy than its sisters south of the island, this creek is one of the most beautiful to visit on your Ibiza holidays. Its flaming rocks contrast with the emerald water. You will drop your stuff on the shore and dive into this underwater oasis without a second thought. 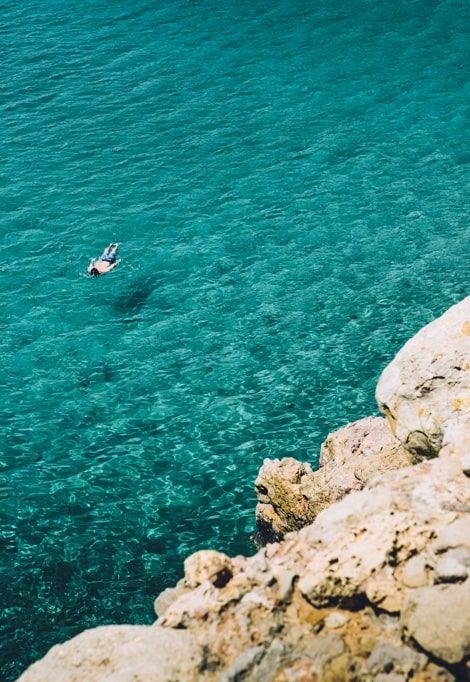 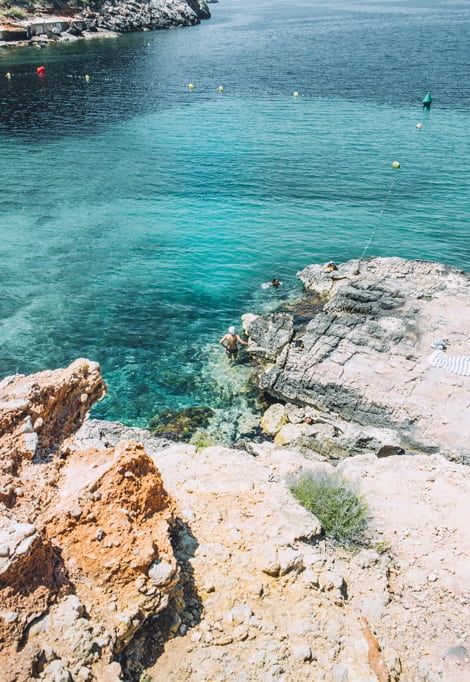 The best way of exploring Platja Xarraca is with a snorkel and mask to witness what goes on underwater. Hither and yon in the rocks, you will make the acquaintance of dozens of kinds of fish lurking in the midst of the posidonias, aquatic weeds that give the water its emerald taint. Surface in time for the sunset, a breathtaking spectacle of orange light on the rocks of Platja Xarraca. 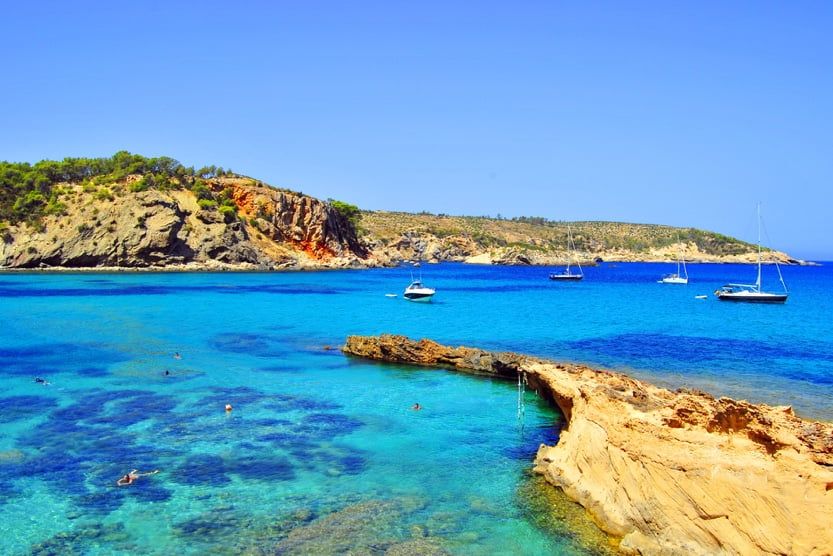 You can also swim to the neighbouring Cala d’En Serra creek. Just as cosy, it feels like a desert island, and you are unlikely to see a single soul except for the occasional divers emerging from the depths of the sea. On the shore, only a handful of abandoned fishers’ huts. If you are seeking a one-to-one with one of the most beautiful creeks in Ibiza, this is the place. 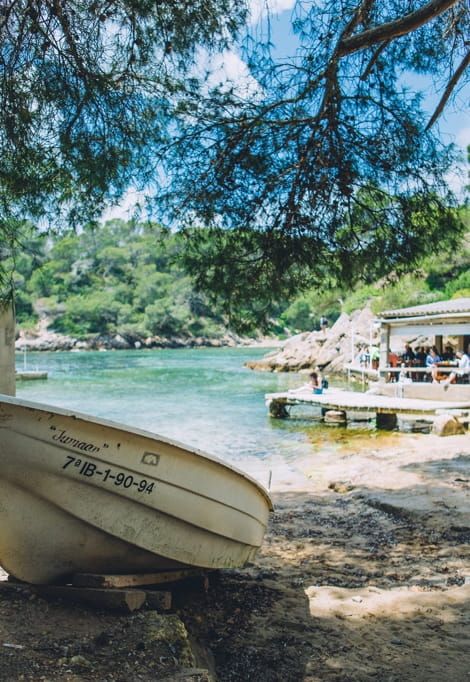 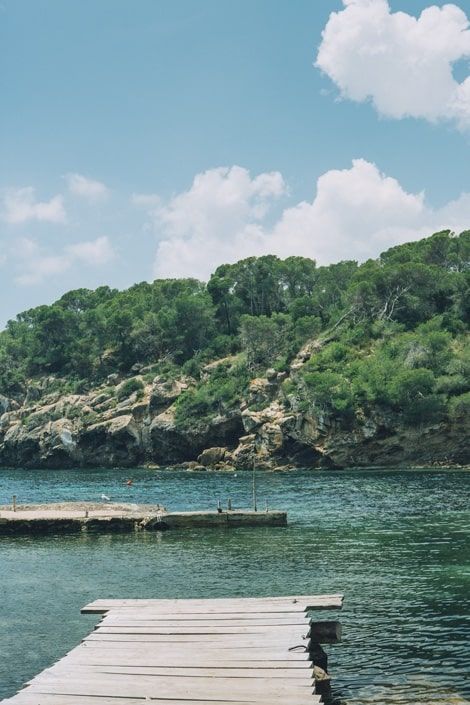 The cliffs of Cala d’Hort, the natural pools of Es Portixol and the emerald waters of Platja Xarraca may be our absolute favourites, but Ibiza offers so many more creeks, each one more beautiful than the next. Among them, you will find the unmissable Cala Salada, Cala Tarida, Cala Benirras or Cala Conta, which all make our top 10 most beautiful beaches in Ibiza.

Follow our guide for your holidays in Ibiza - one of the most awe-inspiring luxury holiday destinations - and trust Le Collectionist to uncover the most extraordinary off-the-beaten-track Ibiza beaches. 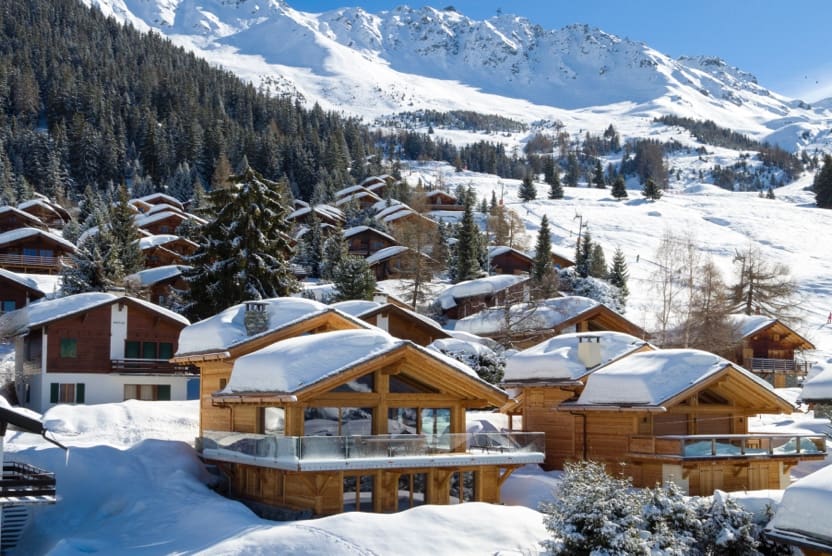 Ski in ski out: Verbier's best life on the slopes

To be able to ski from door to slope to door and back is the kind of seamlessness one can only wish for from a skiing holiday. With this guide, you can find the best ski-in, ski-out places in Verbier.

END_OF_DOCUMENT_TOKEN_TO_BE_REPLACED 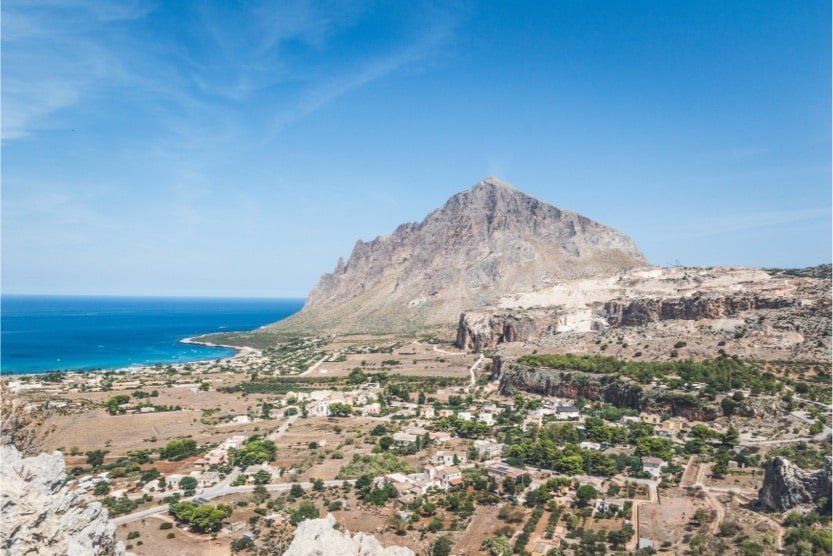 Less than three hours from Paris by plane, create unforgettable memories during your luxury holiday in Sicily. Follow our guide!