We have compiled a list of our favourite holiday films that compel us to go to the beach. Alongside each film, we have included a beach villa that we think fits the scene perfectly! 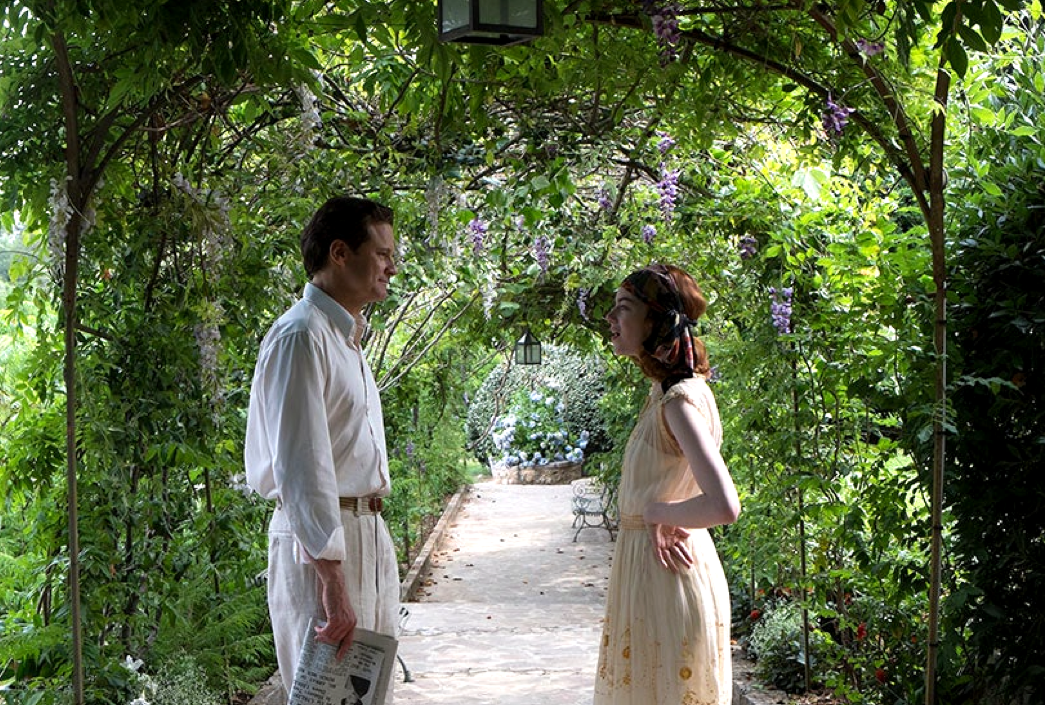 Following *months* stuck inside and at home, we have all become inspired by what we watch and read. Now that we are allowed to go on holiday, what better way to pick your destination than by following your favourite film characters. We have narrowed down our top beach films and found a corresponding beach villa for you to live out your Hollywood fantasy!

From Call Me By Your Name director Luca Guadagnino, A Bigger Splash is a loose remake of Deray's La Piscine. Set on the Sicilian island of Pantelleria, this psychological thriller intertwines love and lust and drama. Cinematically, it is a masterpiece. The fashion, the food and the rock and roll, all seamlessly link together to create a masterful film. The Sicilian backdrop lends itself perfectly to the slow and tranquil theme, and we have found the ideal beach villa to recreate this feeling.

Villa Maoirese ties together the beauty of Italy, the calmness of the coast and the excitement of this film. Perched on the side of the hill, looking over the stretching sea, this villa surrounded by greenery is close to perfection.

A Woody Allen modern classic, Magic in the Moonlight is the story of an English gentleman brought down to the French Riviera to uncover a possible deception. In true Woody Allen style, personal and professional complications ensue and it makes for a contemporary romantic-comedy.

Villa Cipresso has the air of the French Riviera but the setting of Northern Italy. Perched on the edge of Lake Como, this stunning villa has gardens to admire for days, with a view to match.

Fans of Grace Kelly and beautiful houses - this one's for you

An Alfred Hitchcock original - To Catch a Thief  is a classic romance police drama, starring the Princess of Monaco herself, Grace Kelly. This drama follows Cary Grant, a retired burglar, as he attempts to thwart a jewellery thief on the French Riviera. It was Grace Kelly's last film that she made with Hitchcock before her marriage to Prince Ranieri III of Monaco.

The film follows the protagonists along the Riviera, so expect grand houses and picturesque beaches. Our Villa Chloé in Cassis has the grandeur of the beach villas in this film and you can stay there yourself! The view over the sea is unparalleled and the nature that surrounds the villa is second to none. Nestled on the cliff face and amongst forests of pine trees, you can immerse yourself in the beautiful countryside and enjoy the Riviera.

The ultimate story of the Italian dream - Under the Tuscan Sun tells the story of a divorcee writer who decides, on a whim, to buy a beach villa in Tuscany and renovate it. She is hoping that it will change her life and the story that follows is inspiring.

If you need to reinvent your life, or simply take a break from the hectic day to day, then our Villa Gustave is for you. Set within the depths of the French countryside and just a short walk to the beach, escapism awaits you in this house.

Regarded as one of the world’s greatest and most influential books, Francoise Sagan's debut novel Bonjour Tristesse was soon made into a film. The 1958 sensational film is set on the French Riviera and follows the love triangle of Cecile’s father Raymond and his lovers Anne and Elsa. This love story twists and turns but in the most beautiful Cote D’Azur setting. The sunny climes of the South of France are as alluring as the sensuality in this film.

The views from Villa Alba don't get much better. Mere minutes away from Pampelonne Beach, this seaside retreat ticks all of the boxes. The contrasting colours that you can see from your bedroom window; the greens from the tops of the trees and the bright turquoise of the sea, this makes for a very sunny morning view.

If this 90s cult classic doesn’t make you long to visit Italy, then nothing will. The dreamy setting exemplifies the Farniente lifestyle that Italians preach and follow in their day to day. The fictional town of Mongibello was filmed between Positano and Ischia, two quintessential Italian coastal towns. This psychological thriller is as beautiful as it is twisted. Telling the tale of three Americans who spend their summer in Italy and follows the drama that ensues their lives. Based on a novel by Patricia Highsmith, the film was originally made in French, Plein Soleil, and was then remade as a Hollywood classic by Anthony Minghella. The 90s film-stars, Italian music and most importantly heavenly beaches, make this film into a wanderlust classic.

Positano is an idyllic Italian hillside town that stretches and winds down the mountain to the Eastern coast. We have found a serene hillside beach villa that will transport back to the 50s and make you feel truly Italiano. Villa Neptune is a short downhill journey to the famed black sand spiaggia.

Another cult classic, this time set in the sleepy Southern French village of Ramatuelle. Against the sunny Cote D’Azur backdrop, the thriller is less cheerful but the scenery is to die for. Channel the one and only Jane Birkin and take a trip down to the South of France to relax at a beach villa.

Domaine des Pins is in the tranquil town of Cassis on the Côte d'Azur, just set back away from the sea. A short walk will take you anywhere you need to go, from the beach, to the town centre and restaurants and bars.

A British rom-com classic, written and directed by Richard Curtis, set between London and sunny Cornwall. A time-travelling husband navigates life with his new wife and children, set against a classically English beach setting. The Villa Belle Epoque in Deauville is the spitting image of the Cornish beach villa from the film. Located right on the beach, you can have your breakfast whilst watching the waves roll in.

From Provence to Corsica, with Le Collectionist, renting extraordinary beach villas has never been easier. Discover other experiences in our magnificent luxury holiday homes. 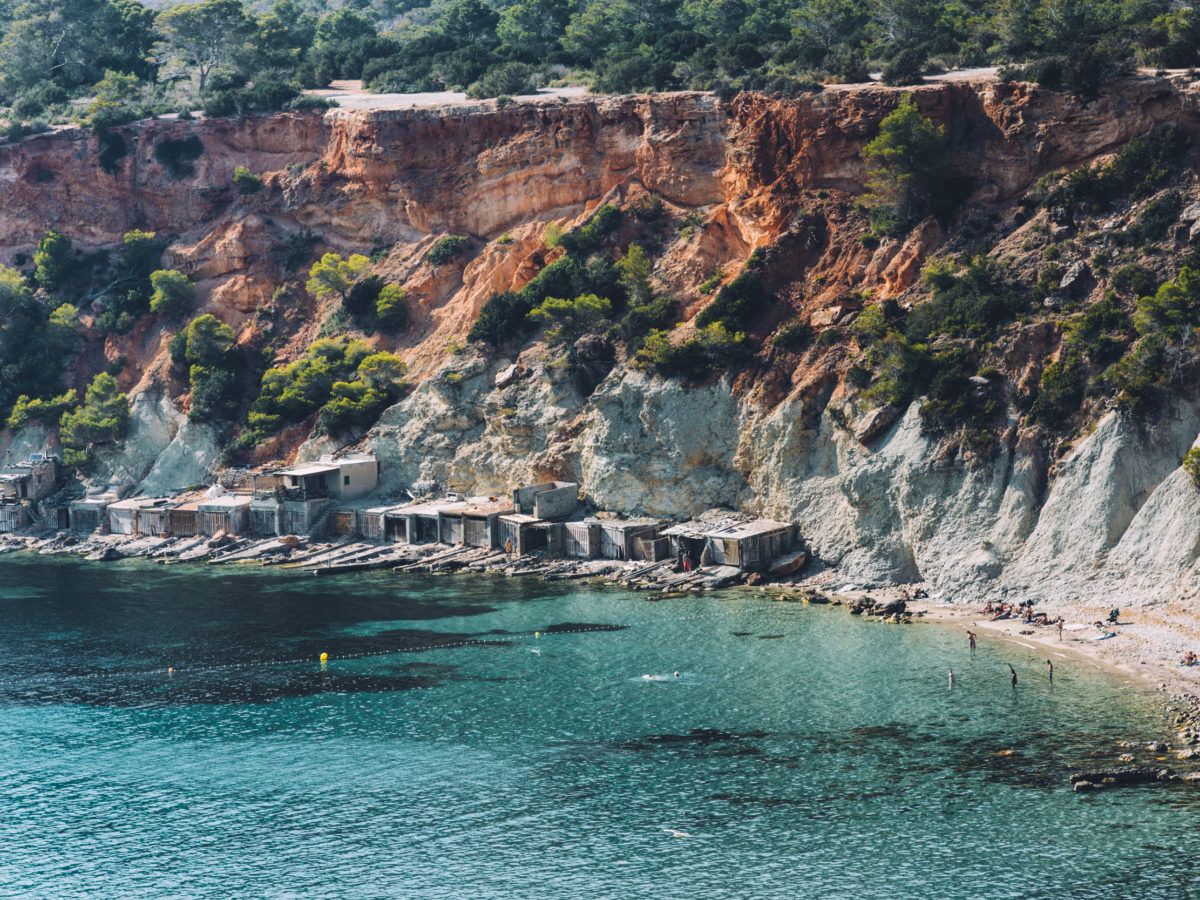 We have searched high and low for the best family beaches in Ibiza and you can find our favourites below.

END_OF_DOCUMENT_TOKEN_TO_BE_REPLACED 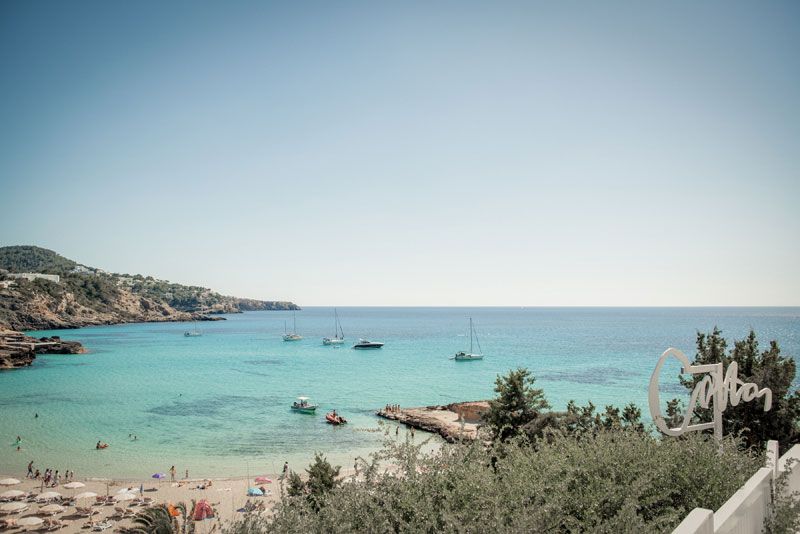 Why we love Cotton Beach Club in Ibiza

At the Cotton Beach Club, Ibiza comes to life, with great views, good food, and a beautiful beach.