Interview: Aurélien Mallia, our private chef in the Southwest of France

Contact our luxury concierge for an exceptional dinner concocted by our private chef, Aurélien Mallia, a passionate resident of Bordeaux in love with his region. 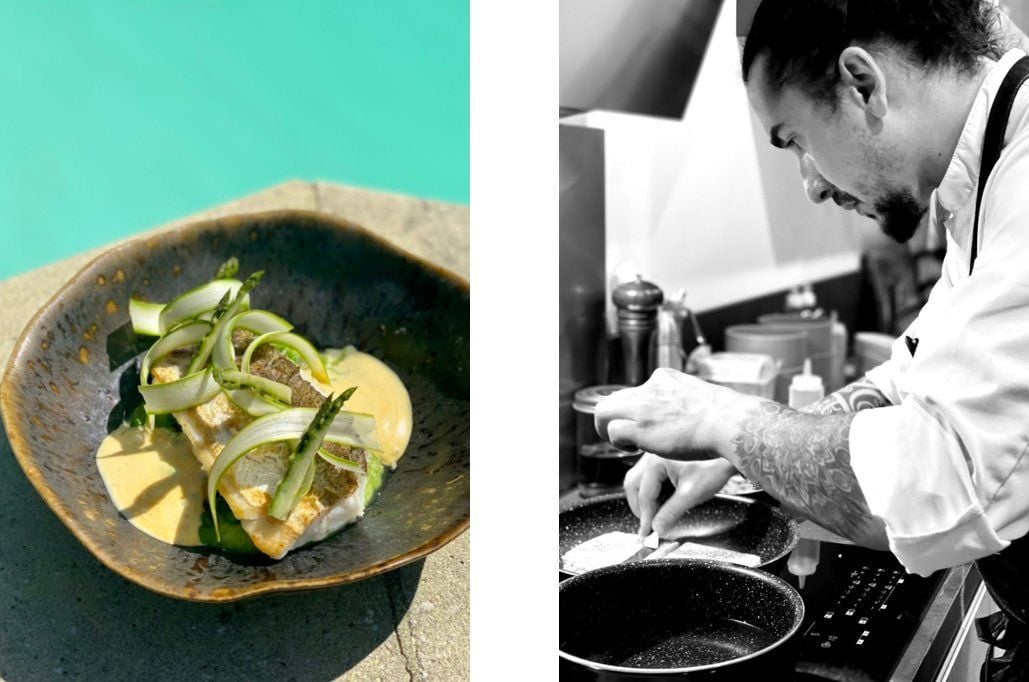 While on holiday in Cap Ferret, treat yourself to gourmet delicacies by making an appointment with our private chef Aurélien Mallia, a passionate native of the region who will make you discover the treasures of the land. Discover his unique cuisine, bridled between classic French gastronomy and spontaneity.
Explore our collection of luxury villa rentals in Cap Ferret to find the perfect setting for this extraordinary gastronomic experience.

THE PATH OF A LOCAL: FROM BORDEAUX TO THE OTHER SIDE OF THE WORLD

Born in Bordeaux, Aurélien Mallia has cooking in his blood. His great-grandfather and his grandfather already ran a recognised institution in La Rochelle: Bar André. After them, his parents also opened a restaurant in Bordeaux: Bachi-Bou.

It therefore seemed obvious that Aurélien would take up the family business of restaurants. Yet as a shy young boy, he quickly turned away from serving in the dining room to take refuge in the kitchen. It was a world he already had good preposition for, and where he ultimately felt comfortable. 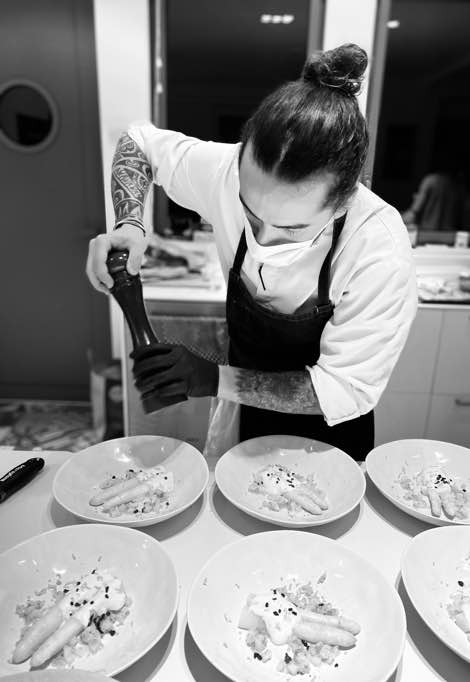 The young Aurélien gained his experience in Jean-Marie Esposito's restaurant, Estacade, in Bordeaux. There, he continued his apprenticeship with chef Frédéric Monteumont before taking his first position in Australia, as a party chef in Champagne alongside chef Olivier Burgos, a true godfather of cuisine, and who would ultimately become his mentor.

Arriving back in France after this exceptional experience, he went to prestigious brasseries in the city of Bordeaux before embarking for 6 months with the Oceana Cruise line. It was a new adventure which taught him rigor, which he describes today as "very intense" and "almost military-like".

After his voyage at sea, he joined the team of La Corniche, in Pyla-sur-Mer, and then joined the brigade of various 5-star hotels by the sea or in the mountains. He especially enjoyed his experience at the Domaine des Trois Vallées in Val Thorens in the luxurious establishment of Altapura. By forging his know-how and creativity, Aurélien is an outstanding chef whose excellent track record has only grown longer over the years.

Aurélien Mallia was only 24 years old, but already had solid experience, when he flew to Canada and opened his own restaurant: La Baraque, where he worked for the first time as a chef. But after a year, it was a cold wake-up call, as he had to leave the country and return to France due to visa problems. He then resumed his post at La Corniche before being authorised to leave for Montreal.

For him ,it was the beginning of a new adventure ... In partnership with Isam Souki, he took the reins of a Spanish restaurant that focused on reinventing tapas, and making it into a luxury version. After that, he participated in the opening of Birks, a 5-star establishment where he eventually became the right-hand man of Romain Abrivard, the head of the gourmet luxury restaurant Henri. He worked there for a year before leaving Montreal for Martinique in the Caribbean, then France. 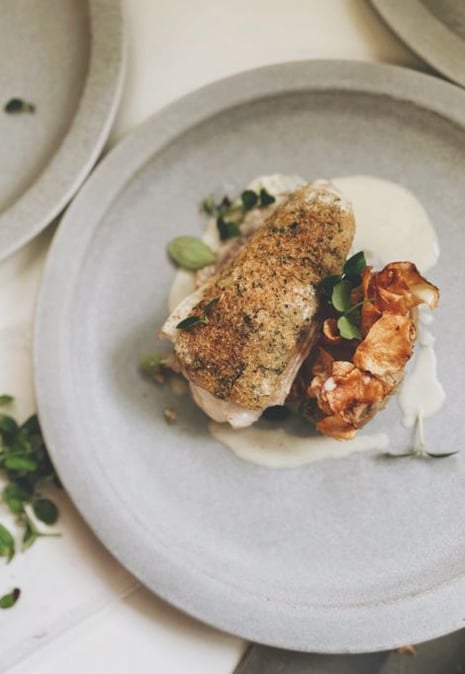 AURÉLIEN Mallia: HIS VISION, HIS CUISINE AND HIS universe

In the many restaurants in which he worked at, Aurélien was impressed by the rigor and pedagogy demonstrated by the chefs he worked with. Ironically, it was in Australia under the tutelage of Olivier Burgos that Aurélien rediscovered the basics and classics of French gastronomy. It was an experience that marked his style, without taking anything away from its bits of madness and spontaneity, which are the stars of his cuisine.

Aurélien is therefore a traveler. But although he has crossed the globe, he is still madly in love with his native region. He makes it a point of honour to work with local, fresh and seasonal products, which he likes to buy at the La Teste de Buch market. It is there, in the stalls, that he meets the producers in search of new products and new ideas. 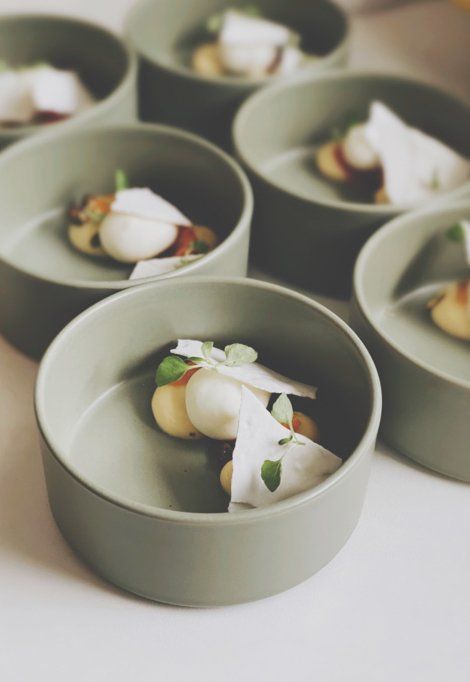 Behind the stove, Aurélien has his favorite treasures that he particularly enjoys working with. First there is the fish, which is obvious in Cap Ferret, but he also likes to highlight other products - less noble products which he likes to have his customers (re)discover.

As an adventurer at heart, Aurélien has long wanted to open a food truck to share his imaginative cuisine, everywhere, in total freedom and according to his own desires. Eventually, he found this freedom as a home chef with us. From villa to villa, from client to client, he now has free rein with his imagination to serve his guests a plate in his image. For Aurélien Mallia, cooking is a coming-together, as he always invites his guests to participate in the development of menus and the selection of products that will end up on their plates. 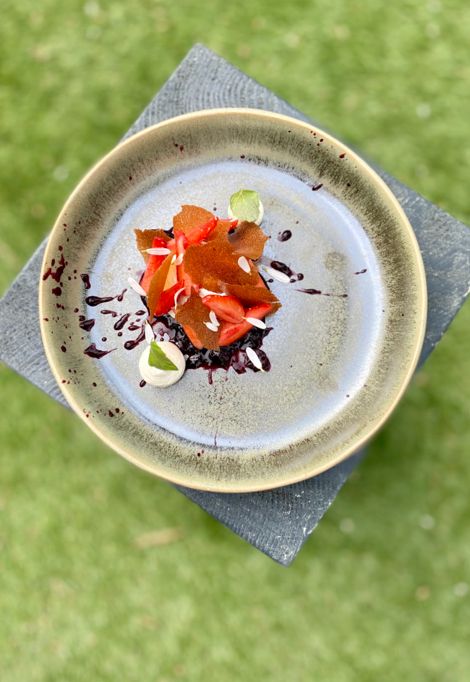 Aurélien Mallia is an expert in his region for renowned restaurants or local spots. During your meal, do not hesitate to ask him for his favourite places, as he will gladly share them with you. But in the meantime, discover some addresses he has already divulged to us ...

The best restaurants on the Atlantic coast according to Aurélien Mallia: 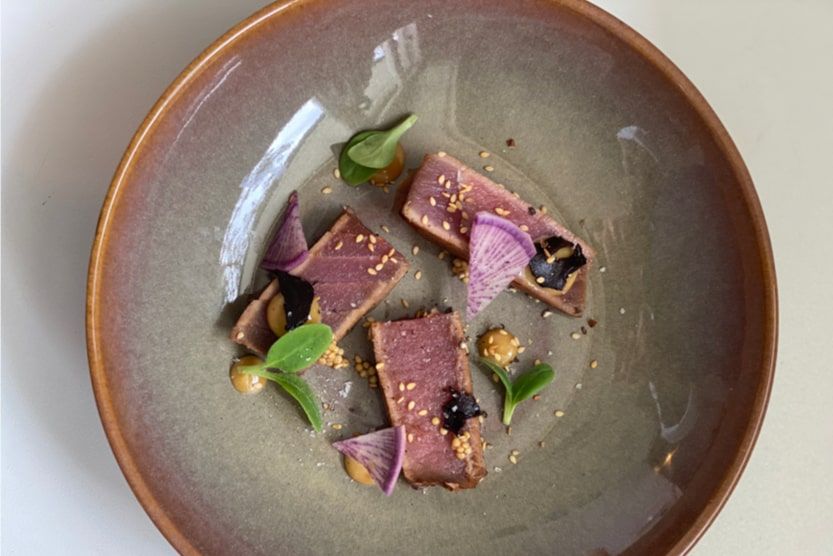 The essentials to discover in the region

With Le Collectionist , spend an exceptional moment in Cap Ferret, at the table of chef Aurélien Mallia. Explore our collection of luxury villas in Cap Ferret and let yourself be carried away by a round of flavors. 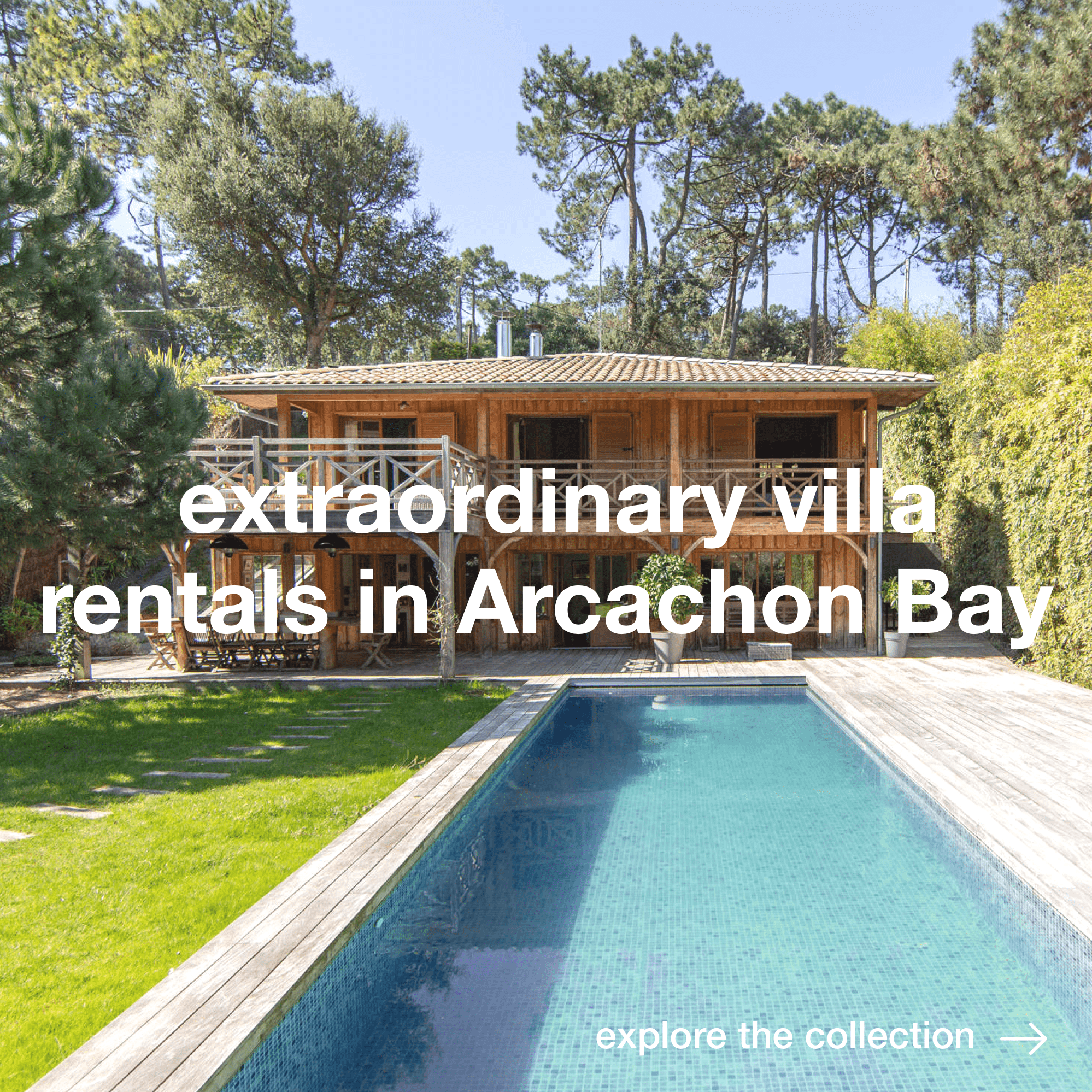 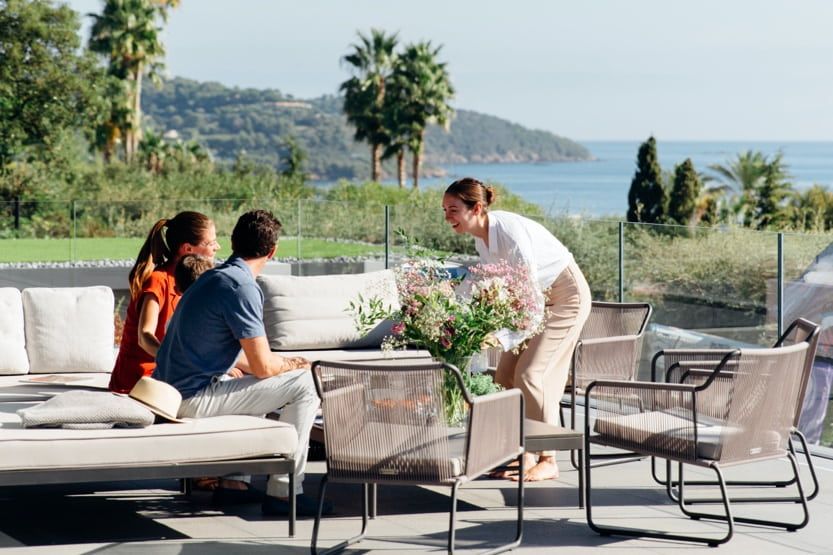 The art of the invisible: or how our luxury concierges make your vacation unique

Because every minute of your holidays should be magical, forget stress and focus on the essential. Our luxury concierge service will take cake of the rest.

END_OF_DOCUMENT_TOKEN_TO_BE_REPLACED 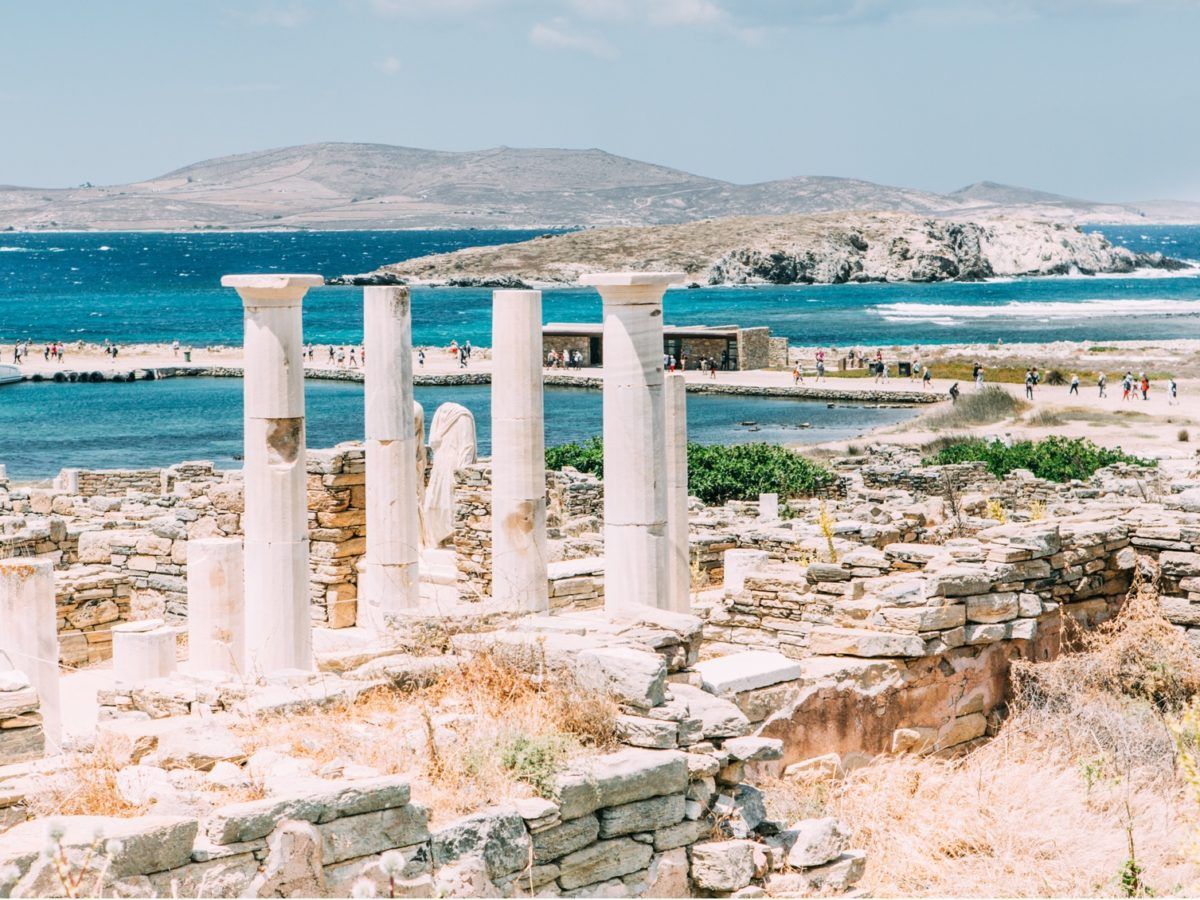 The mysterious island of Delos, Greece

Follow our conciergerie for a trip of a lifetime to the sacred little sister of Mykonos - Delos, Greece