Summer reads to take with you to the French Riviera

This year, Le Collectionist takes you to discover dream destinations under the sign of literature. While the South of France has inspired many masters of painting and filmmakers, this mythical region has also been the favorite setting of many great writers. For Félicie Isaac, our Editorial Director, there is no successful summer vacation without a good book to slip into your beach basket! Follow the guide to find out which books to put in your suitcase and live your summer in the South like a novel.

TWENTY-FOUR HOURS IN THE LIFE OF A WOMAN, STEFAN ZWEIG

It's hard to believe, but the South of France has long been a winter vacation spot, prized by the international aristocracy and bourgeoisie who, put off by the heat, would never have imagined staying there during the summer season. Stefan Zweig tells the story of two crazy passions in the decor of a decent boarding house on the Riviera, where upper-class people stayed.

Read about Madame Henriette, one of the hotel guests who fled with a young man and Mrs C, who fell in love with an inveterate gambler twenty years earlier at the Monte-Carlo casino. Under the pen of Stefan Zweig, the French Riviera is the setting of passions, but above all the shimmering setting in which to paint portraits of women, love stories, and tragedies.

Where to Spend a Stefan Zweig-Style Summer 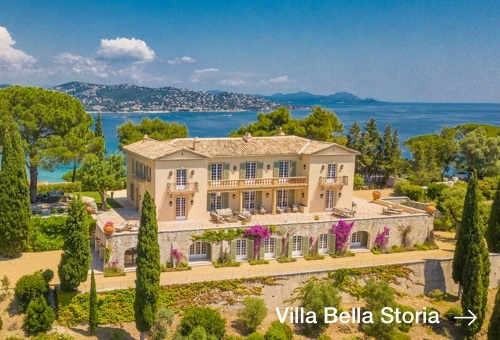 On the heights of Saint-Maxime, Villa Bella Storia is a typical French Riviera mansion. Its classic facade faces the sea, and its windows open onto the Mediterranean to listen to the song of the cicadas. With its grandiose architecture and superb pre-war period style, Villa Bella Storia takes us straight back to the beginning of the 20th century. 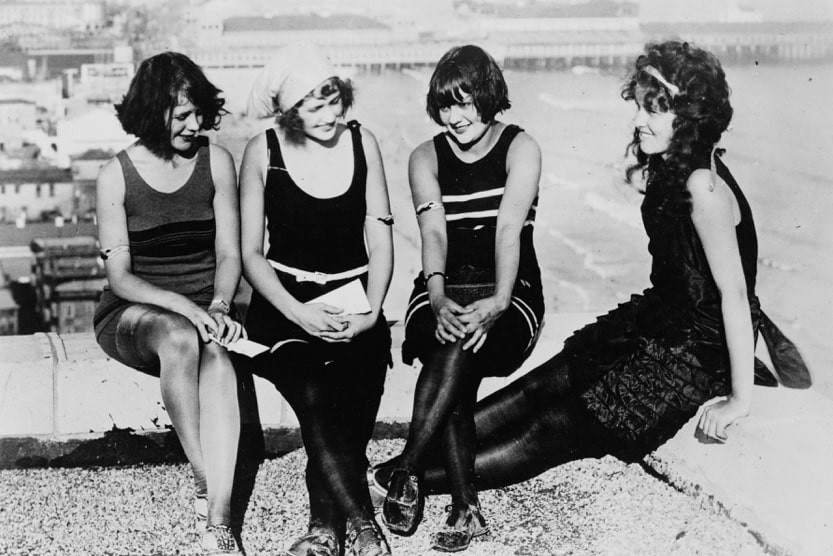 It wasn't until the Roaring Twenties that flappers, artists and musicians landed on the French Riviera, which then became a fashionable destination for the summer. And, in the heart of the roaring twenties, there is no more fashionable couple than the Fitzgeralds. It was first in Juan-les-Pins that Scott and Zelda Fitzgerald put down their suitcases, and where they meet Gerald and Sara Murphy, wealthy Americans who took up residence on the heights of Antibes.

Wild parties and sleepless nights follow one another against a background of jazz, in a frenzy of prestigious names: Gertrude Stein, Pablo Picasso, John Dos Passos, Dorothy Parker, Hemingway... These brilliant friendships, the craziness of the French Riviera and the beauty of its landscapes inspired Scott Fitzgerald to begin the manuscript of Tender is the Night. Almost 100 years later, this mythical novel remains one of the most vibrant tributes to the French Riviera. 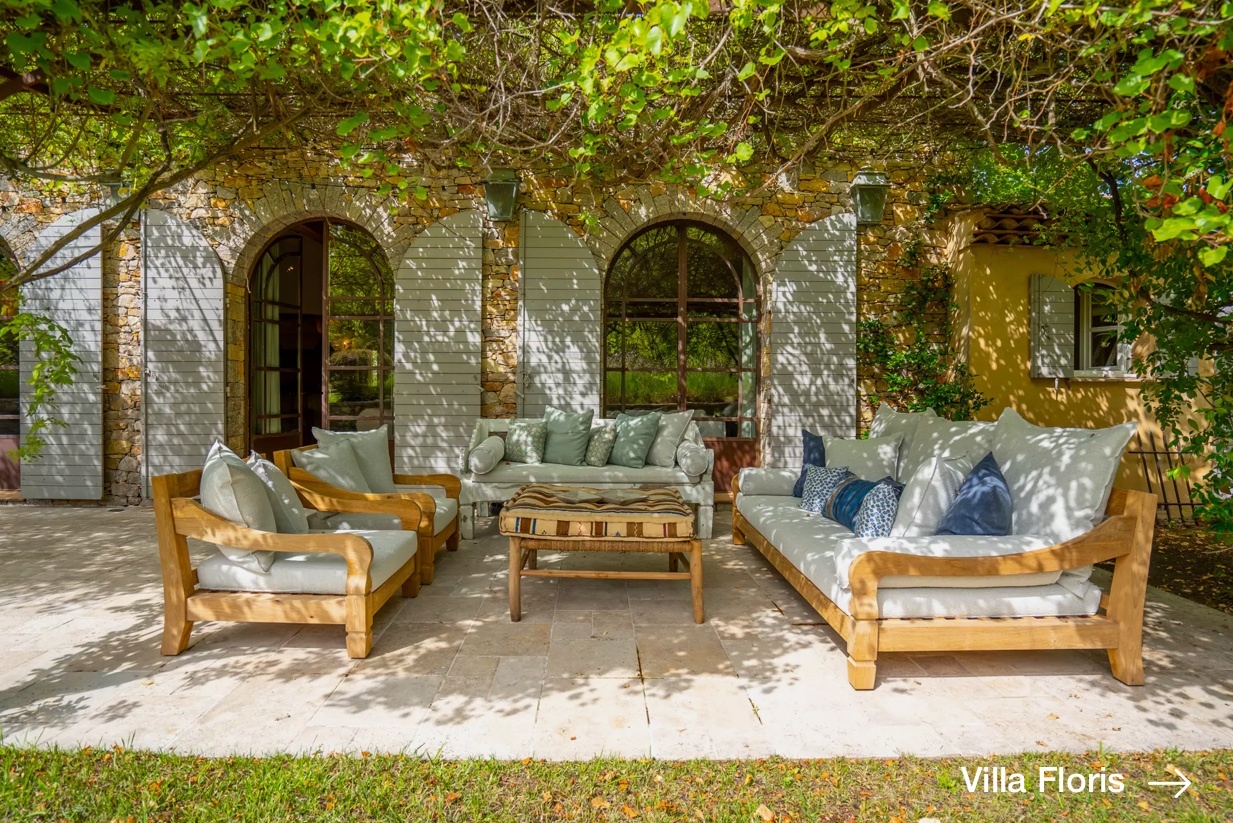 Under its guise of a cottage on the French Riviera, Villa Floris houses a typical decor of the South of France, whose authenticity recalls the history of Ramatuelle. Walk barefoot on the cool tomettes, relax under the trellis, and unwind in the shade of the umbrella pines to feel like Scott and Zelda Fitzgerald in the early hours of the French Riviera. 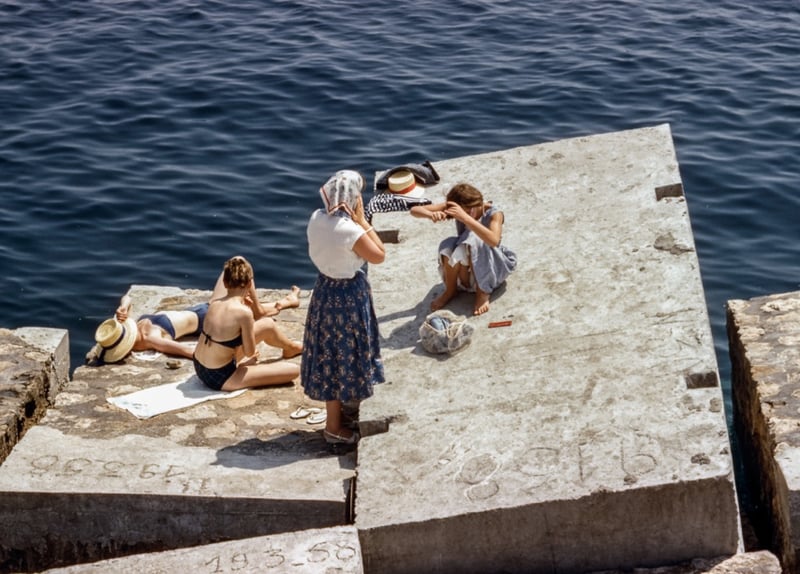 Published in 1954, Bonjour Tristesse is the first novel by François Sagan, who was only 18 at the time. In this foundation novel, set during the summer holidays on the French Riviera, she recounts the dilemmas of adolescence between recklessness and the transition to adulthood. Legend has it that Françoise Sagan wrote this little book in just one summer. She quickly became a literary phenomenon, and the icon of a rebellious youth in whom we felt the beginnings of the cultural revolution of the 1960s. Because of this, Sagan will always be associated with summer, the sun and the Mediterranean.

Where to spend a fashionable summer like Françoise Sagan 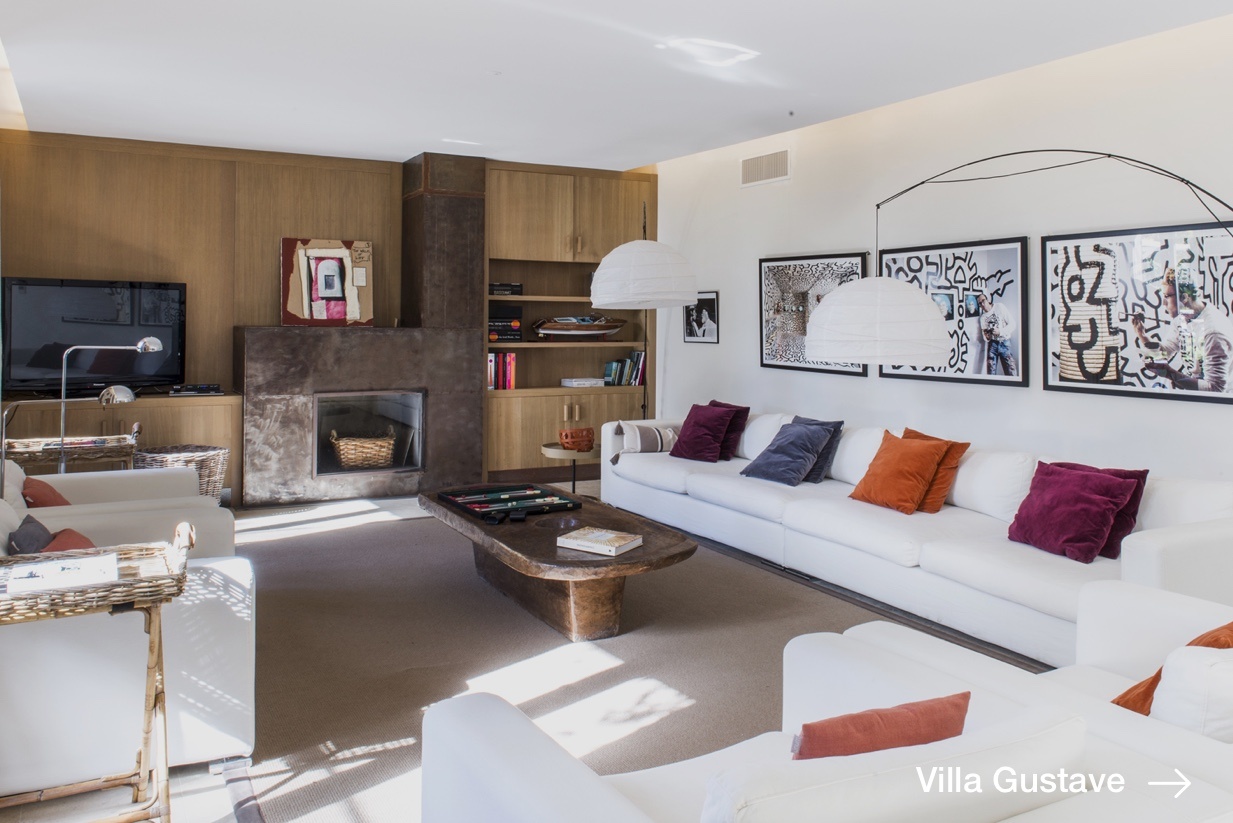 While Villa Gustave gives itself a traditional style thanks to its ivy and wrought iron facade, its interior decoration is a vibrant tribute to the design of the 50s and 60s. Like Françoise Sagan, walk to the beach accessible on foot and pass the time between fathoms in the salt water and reading in the Mediterranean garden. 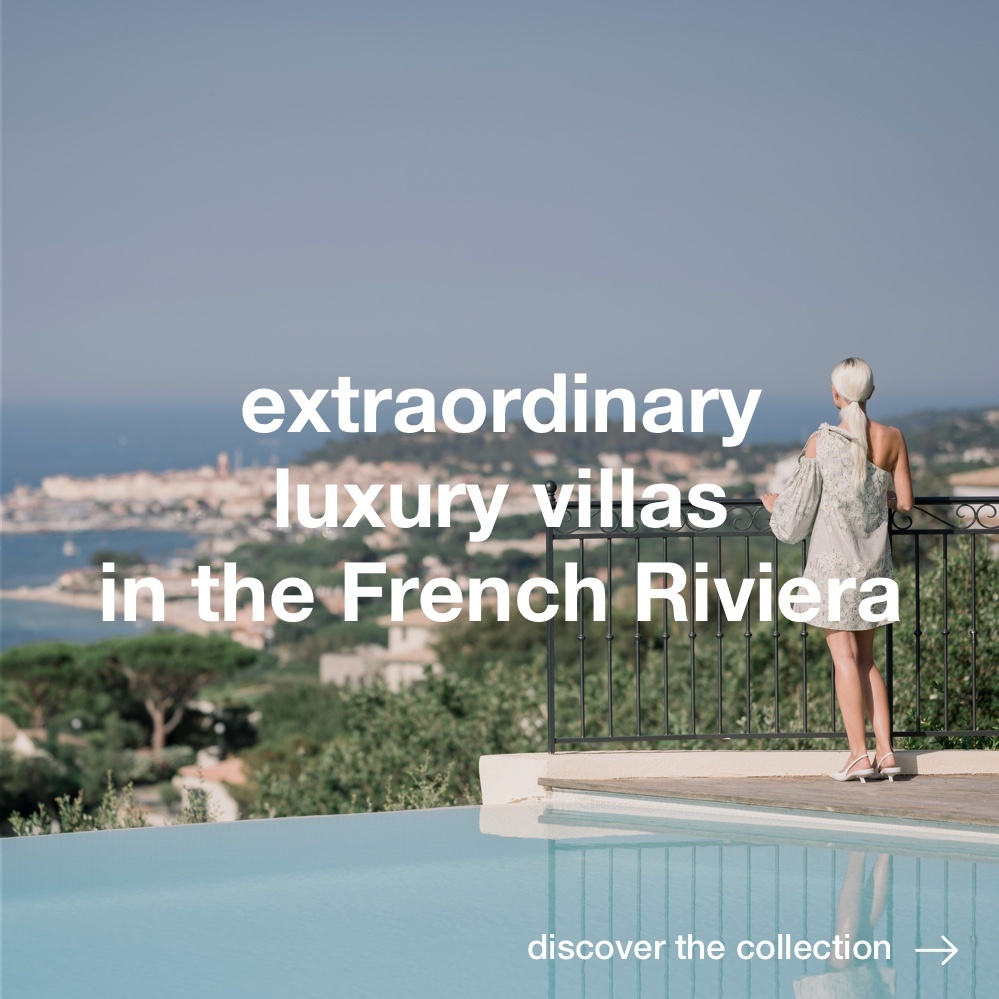 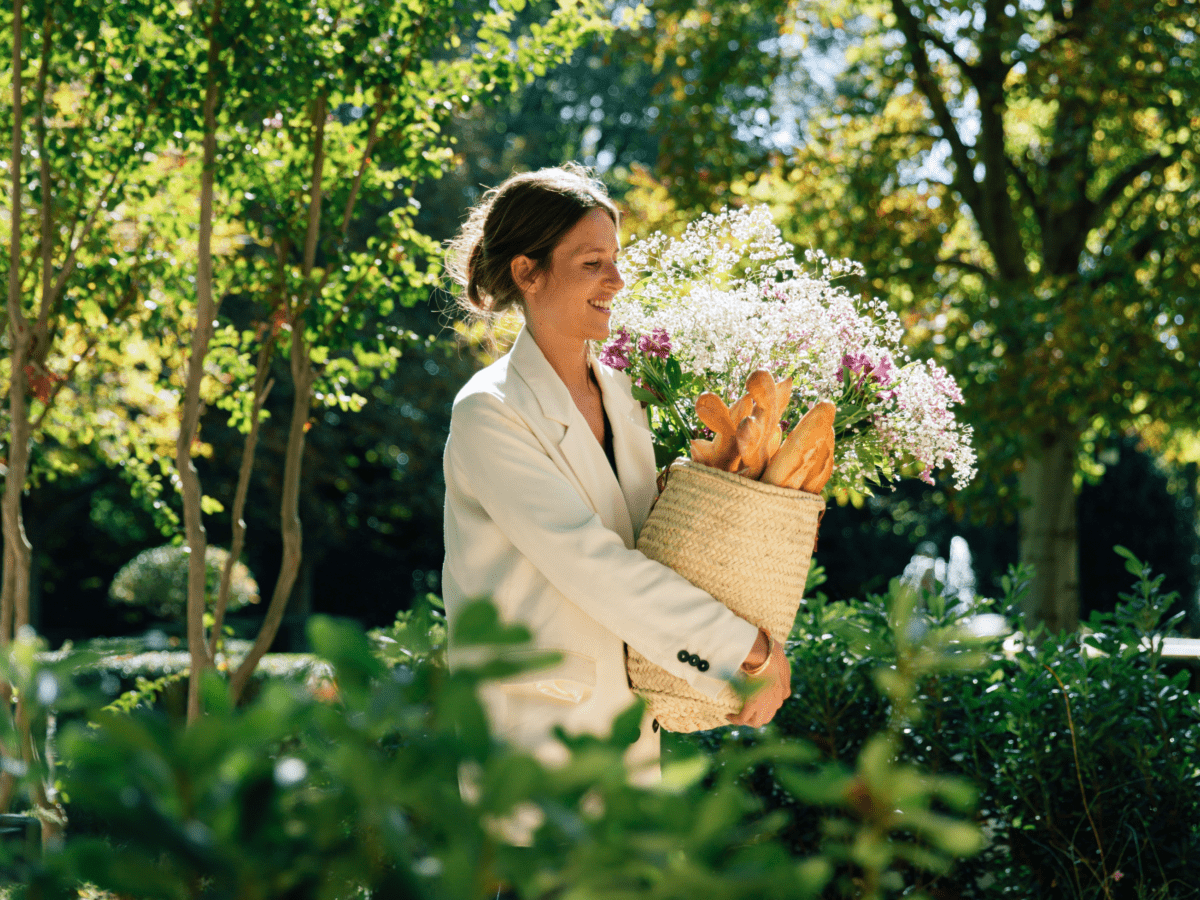 Our favourite things to do in St Tropez

Join our concierge in this corner of paradise, and discover our most beautiful houses, our unique services and our portfolio of things to do in St Tropez.

END_OF_DOCUMENT_TOKEN_TO_BE_REPLACED

Experience Greece as a novel

This year, Le Collectionist invites you to discover three dream destinations under the sign of literature. Follow the guide to find out which books to slip into your suitcase and live your summer in.