Getting to know Winter Town Arcachon: A jewel of Gironde

While the summer town of this seaside resort city gets attention for its shopping and beaches, there are worlds to discover up the hill in the winter town.

Arcachon, a coastal town in southwestern France, is known for its oyster harvesting and, increasingly, its touristic appeal. But it’s still one of those places that French families have been spending their summer holidays for generations but outsiders don’t know all that well. 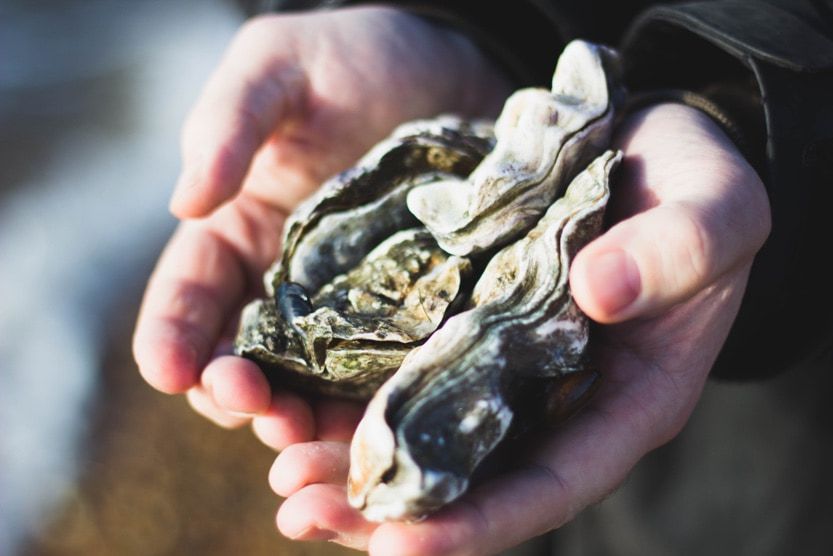 One of the things that is interesting about the seaside resort—originally developed in the 1860s as a cure centre for tuberculosis—is that it’s divided into four districts that are named after the seasons. The summer town has an obvious appeal for those warm-weather holidays, but other districts also make it well worth the short train ride from Bordeaux.

Chief among them is the winter town, or ville d’hiver, which is south of the summer town and the best place to see the splendid and imposing 19th-century villas that give the town much of its charm. In fact, it was this area, largely built between 1862 and 1910 on a heap of sand dunes near the railway station, that transformed Arcachon from a sleepy fishing village into an esteemed and elegant seaside resort.

Here’s how we like to make the most of our luxury France holidays here.

Getting the Lay of the Land

If you’re new to Arcachon, it’s a good idea to stop by the tourist office and pick up a site map. To dig deeper into the history of the winter town, the Arcachon Tourist Office offers guided tours from April to October, and all year there’s a train touring the neighbourhood with an audio guide. 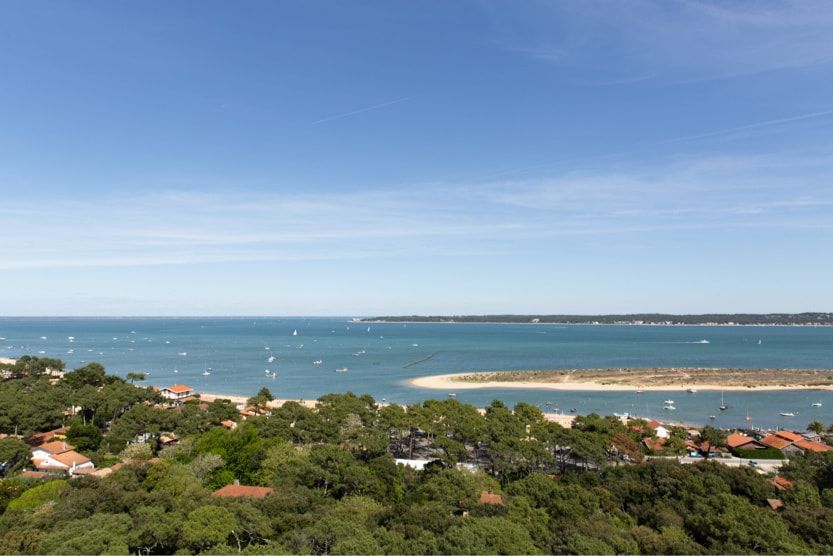 This is always our starting point for exploring the ville d’hiver. When we take the lift up from Place du 8 Mai in the ville d’Eté (summer town), this is where it lets us out. First we take a few moments to savour the breeze and the view over Arcachon Bay; then we wander the park’s shaded pathways. At the end of the day, we might let our children enjoy the play area or relax on a park bench with a good book.

Taking in the Architecture

This is the main reason to spend some time in the winter town. The neighbourhood has been compared to a restrained old lady, chic and eccentric and draped in lace. The unique architectural features of the historic mansions include a lot of gingerbread ornamentation on the gables, balconies, and external staircases.

The Most Important Villas

The historic district is home to more than 300 villas, many of them exquisite examples of architecture from the 19th century. The tourist office can give you a map showing the addresses of the best-preserved and most interesting villas. It would take weeks to discover them all, so if you just want to focus on the highlights, start with these.

A short distance from the park, at number 4 Allée Rebsomen, is the Villa Teresa. It was built in 1882 in a Spanish-Moorish style, with peaked roofs and a harmonious pattern of limestone and terracotta-colour clay brick. It was built by Mr. Lewis, a painter originally from Ireland.  Inside, there are beautiful ceramics, coffered ceilings, and Baroque Viennese-style stucco. 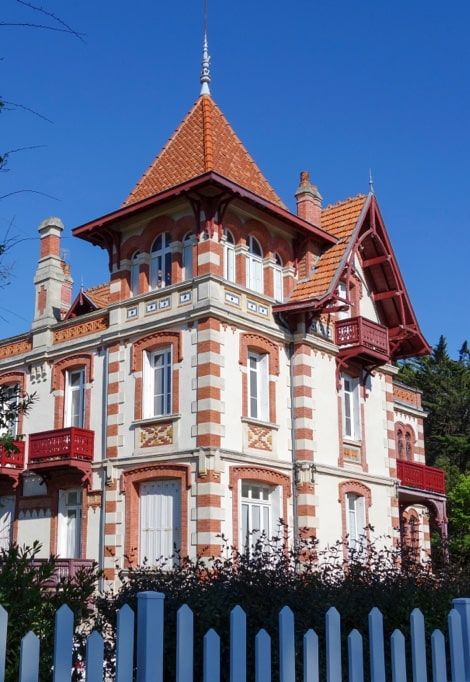 On the other side of the park, on the Allée du Moulin Rouge, this stunning historic house is designed in the Spanish style and is notable for its trompe l’oeil staircase and beautiful latticed wooden balconies. Although this style is common in Arcachon’s winter town, this is a particularly fine example. Its history is also interesting, as it was built as a centre for gymnastics and horseback riding.

Located on the street of the same name, Villa Alexandre Dumas was built in 1895 and has been recently restored to its original glory. It is an ostentatious villa with patterned glazed bricks, stylish windows, and a number of ornamental additions. Easily one of the most beautiful villas in the winter town, the house was built by the architect J. de Miramont and the entrepreneur P. Blavy. Its owner, the famous banker, philanthropist, and patron Daniel Iffla, gave it his own nickname, Osiris, but it was renamed Alexandre Dumas in the early 20th century.

Rounding out the list of must-see houses are Villa Brémontier (a re-interpretation of a classic Swiss chalet, and named for the engineer who figured out how to build all of this on top of the sand dunes), Villa Trocadéro (built close to Place Brémontier), Villa Bayard, Villa Carmen (built with stone and bricks), and Villa Athena.

Enjoy the View from the Sainte-Cécile Observatory

After exploring the neighbourhood streets and admiring the visual confectionary of the lavish historical villas, cross the 32-metre-long Passerelle Saint-Paul footbridge from Mont Saint-Paul to Mont Sainte-Cécile, above a ravine above Allée Pasteur. This is some 25 metres above the ground, giving it an exceptional panoramic view over the winter town and the bay.

Once you’re up close, it’s hard not to notice the similarities to a certain other much-admired French monument. That’s because the observatory—a graciously light metal structure built of leftover components from the construction of the railways—was built in 1863 by Paul Régnauld (the main architect of the winter town at that time) and assisted by a then-unknown young engineer who would become famous a few years later with the creation of his namesake tower, Gustave Eiffel.

Where to Base Yourself to Explore Winter Town Arcachon?

Discover all of Le Collectionist’s Arcachon villas here. Luxury holiday destinations are about feeling a personal connection with your destination. Here, at Le Collectionist, we do just that, so you can make the most of your Cap Ferret holidays. 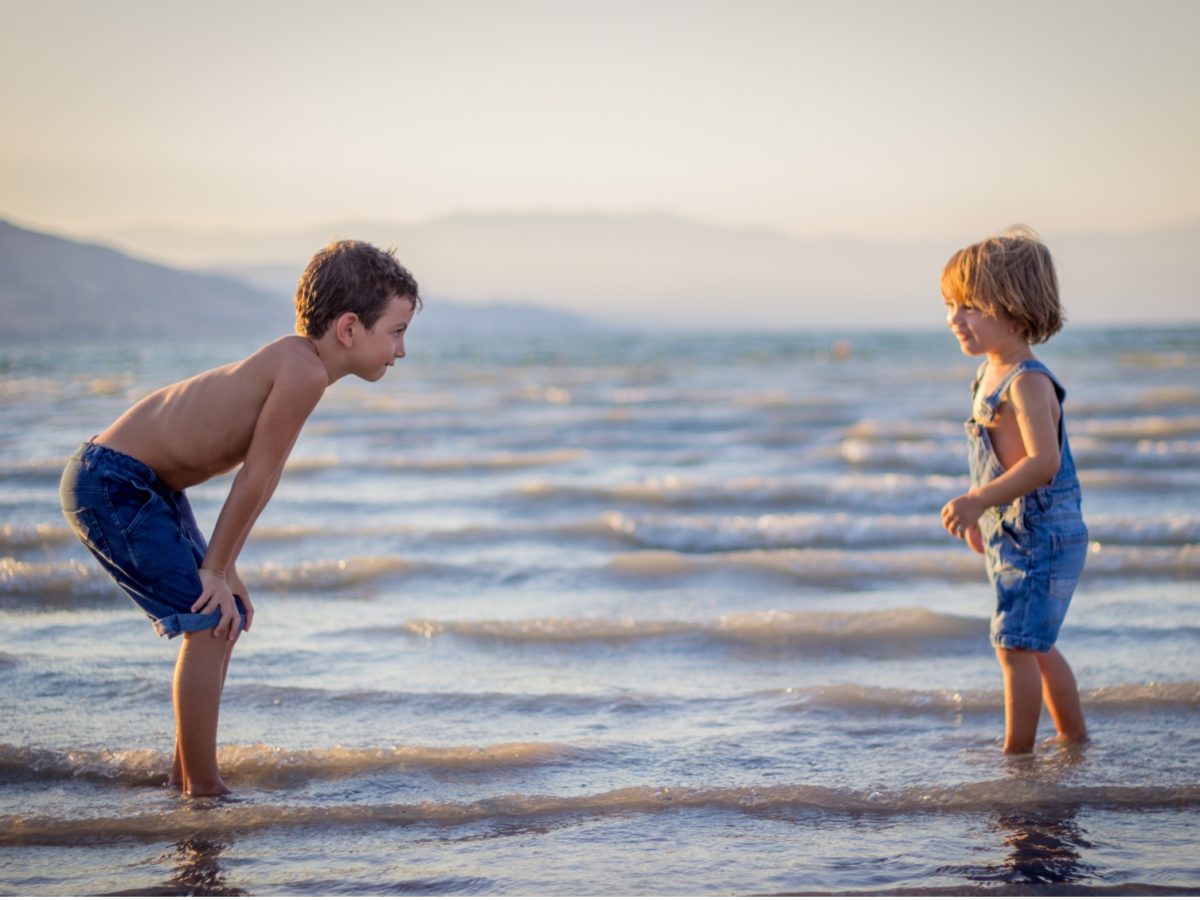 A summer in Saint Tropez with kids

This star-studded seaside town is actually the perfect destination for families.

END_OF_DOCUMENT_TOKEN_TO_BE_REPLACED 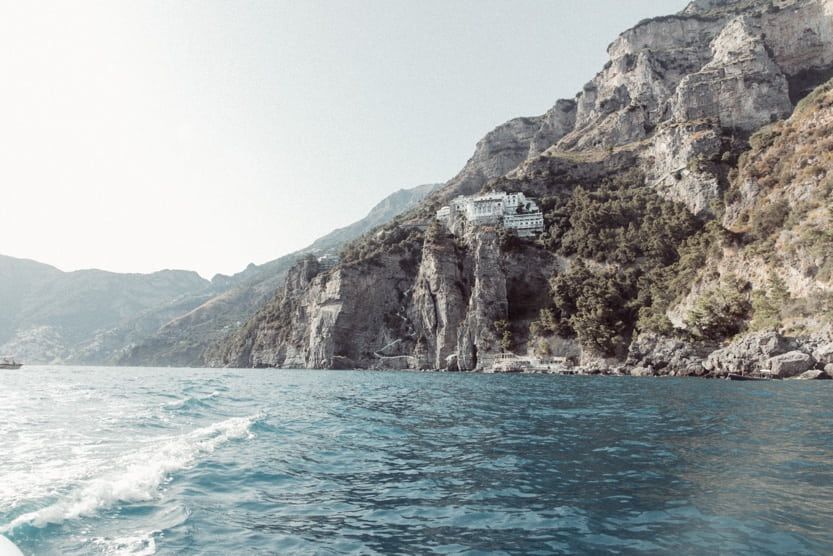 Wend your way from town to town, restaurant to restaurant along the Amalfi Coast, which dangles into the Tyrrhenian Sea.