Experience Greece as a novel

This year, Le Collectionist invites you to discover three dream destinations under the sign of literature. Follow the guide to find out which books to slip into your suitcase and live your summer in Greece like a novel. 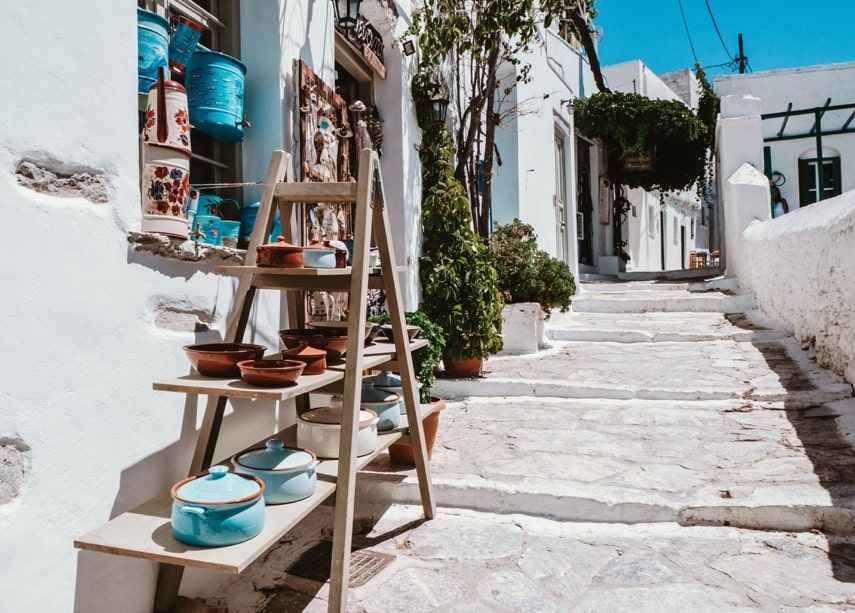 If the Cyclades are the most famous islands in Greece, it is thanks to their legendary landscapes but also to their mythical aura, which never ceases to awaken the imagination. Follow the advice of Félicie Isaac, Editorial Director, to find out which books to slip into your suitcase and live your summer in Greece like a novel.

reviewing YOUR MYTHOLOGY WITH MADELINE MILLER 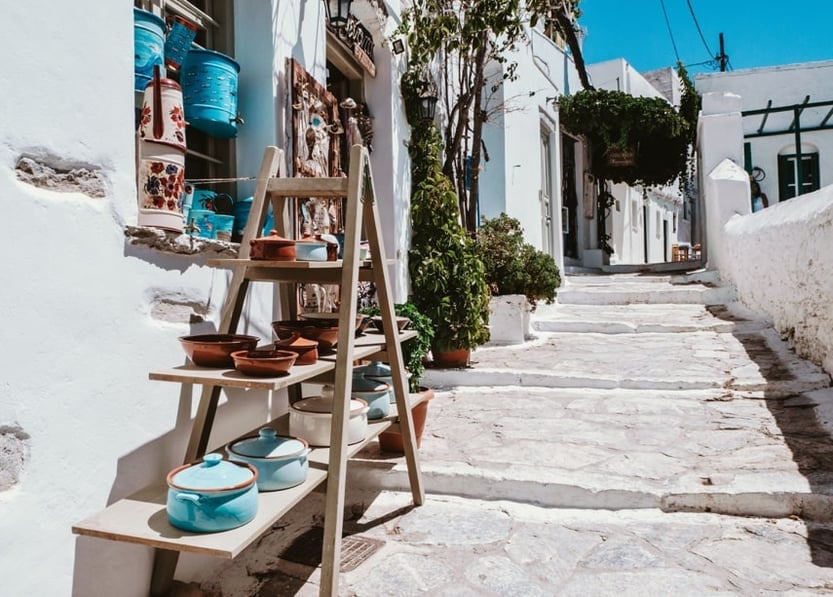 Often, when we think of Greek mythology, we remember the long and laborious French lessons to discuss Homer's Odyssey. Mythology and entertainment are not always synonymous. Yet no one better than Madeline Miller manages to tell the ancient myths for what they really are: full of twists, complex personalities, betrayals and passionate love stories. Any writer will tell you that the most dramatic series pale in comparison to the adventures of the Greco-Roman gods.

Thanks to her modern reinterpretations of stories as old as the world, Madeline has already fascinated thousands of readers who have trembled and rejoiced with Achilles and Circe. This Greek and Latin teacher knows how to humanise gods and heroes, under her gaze the witch Circe becomes a feminist figure, emblem of the rebellious and independent woman. According to her, “the depth of myths comes from the multiplicity of interpretations they allow”. The possibilities are endless and Madeline Miller's novels remind us of the very ancient history of ancient Greece, the founding civilisation of our contemporary culture.

Where to spend a mythical summer with Madeline Miller 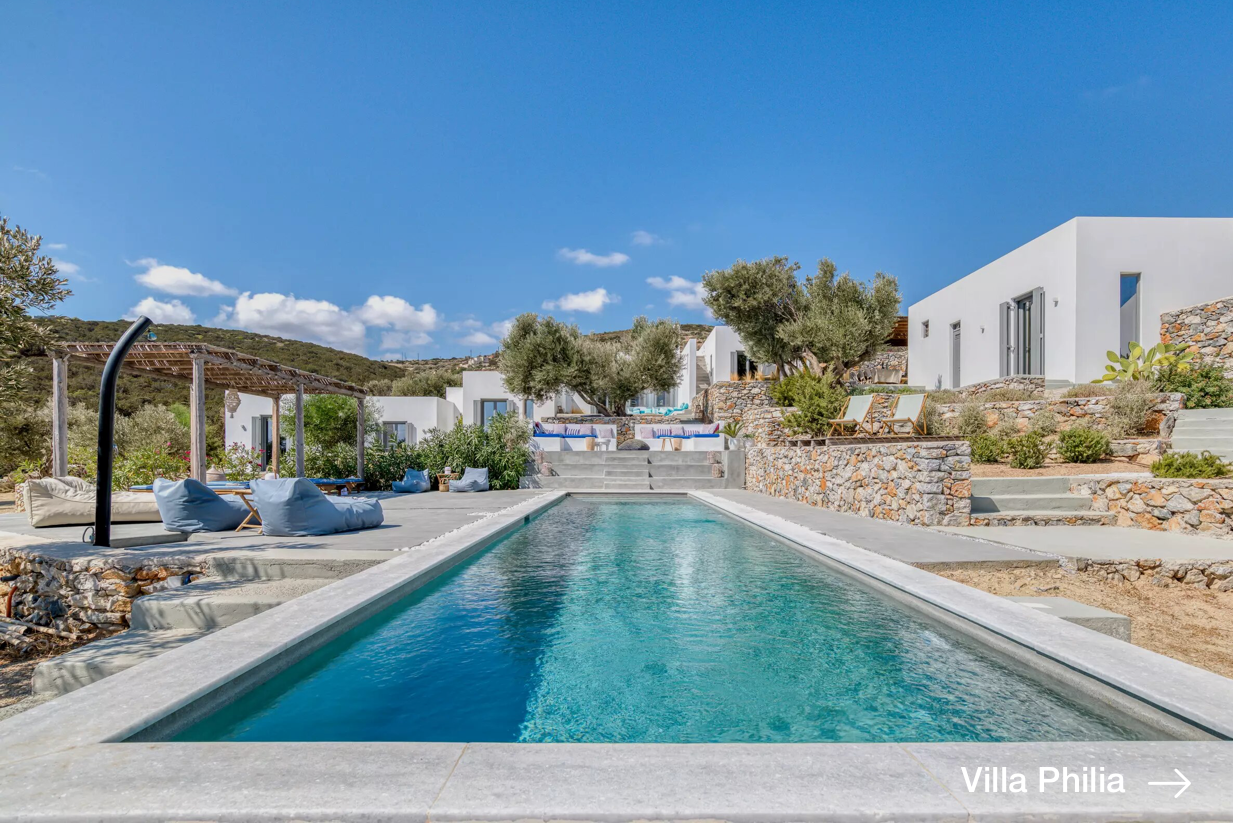 Hidden in the mountains, Villa Philia seems like it is in the middle of nowhere. From the shaded terrace, you can see its swimming pool carved into the stone. All around you, the Greek countryside extends as far as the eye can see, forming a perfect setting in which to feel the soul of a hero of a novel. 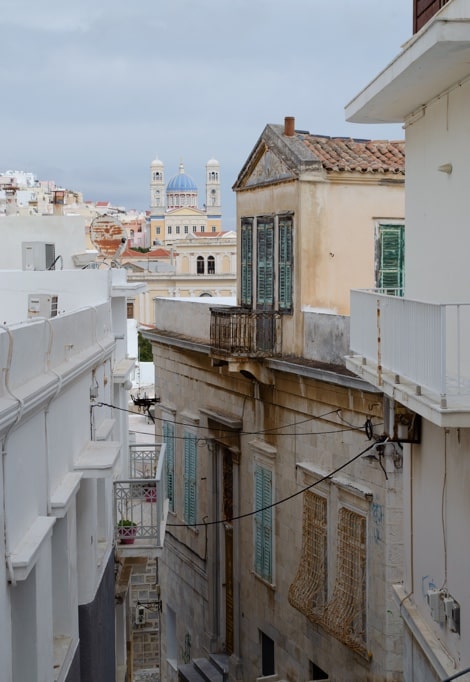 Unless you live in a cave, or on top of a mountain, you've probably heard of Irish literary sensation Sally Rooney. The pen behind the phenomenon Normal People, adapted into a television series, is undoubtedly one of the most publicised writers of recent years. Her favorite subject: relationships and more particularly romantic relationships. It is this sentimental tropism that earned her reputation as the Jane Austen of the millennial generation. Except that, like her brilliant predecessor, Sally Rooney is much more than an author of novels that go deeper than meets the eye. Beneath her appearance as a contemporary chronicler of love, she implicitly draws a bittersweet portrait of today's society, while raising political questions.

And, if there's one thing Sally Rooney's characters enjoy most, it's holidays in the sun. Between glances exchanged on the beach, intimate conversations by the pool, dinners on the terrace and intellectual debates by candlelight, Sally Rooney excels in recounting the idleness and magical routines that make up summer. When you think of a romantic summer, you'll imagine sun, untouched nature, and crystal clear water. At Le Collectionist, we know a destination whose beauty and landscapes are always the ideal setting for your holidays: the Cyclades.

Where to have a vacation like the characters of Sally Rooney 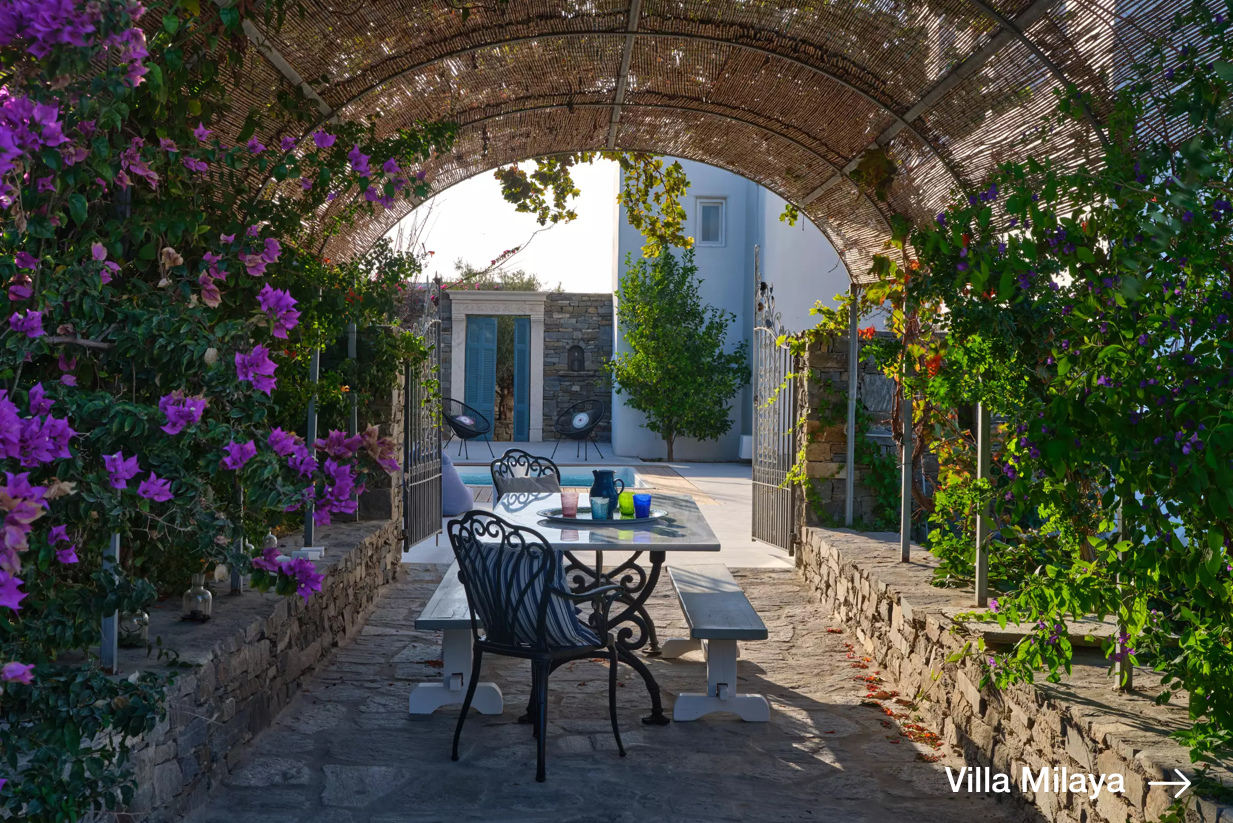 With its whitewashed walls and geometric architecture, Villa Milaya seems like it is straight out of a movie… or a novel. Isolated on a hill, it looks over the historic town of Paros. Between the Mediterranean garden, the colourful flowers with heady scents and the swimming pool with a view of the sea, it is easy to imagine spending a summer under the sign of love. 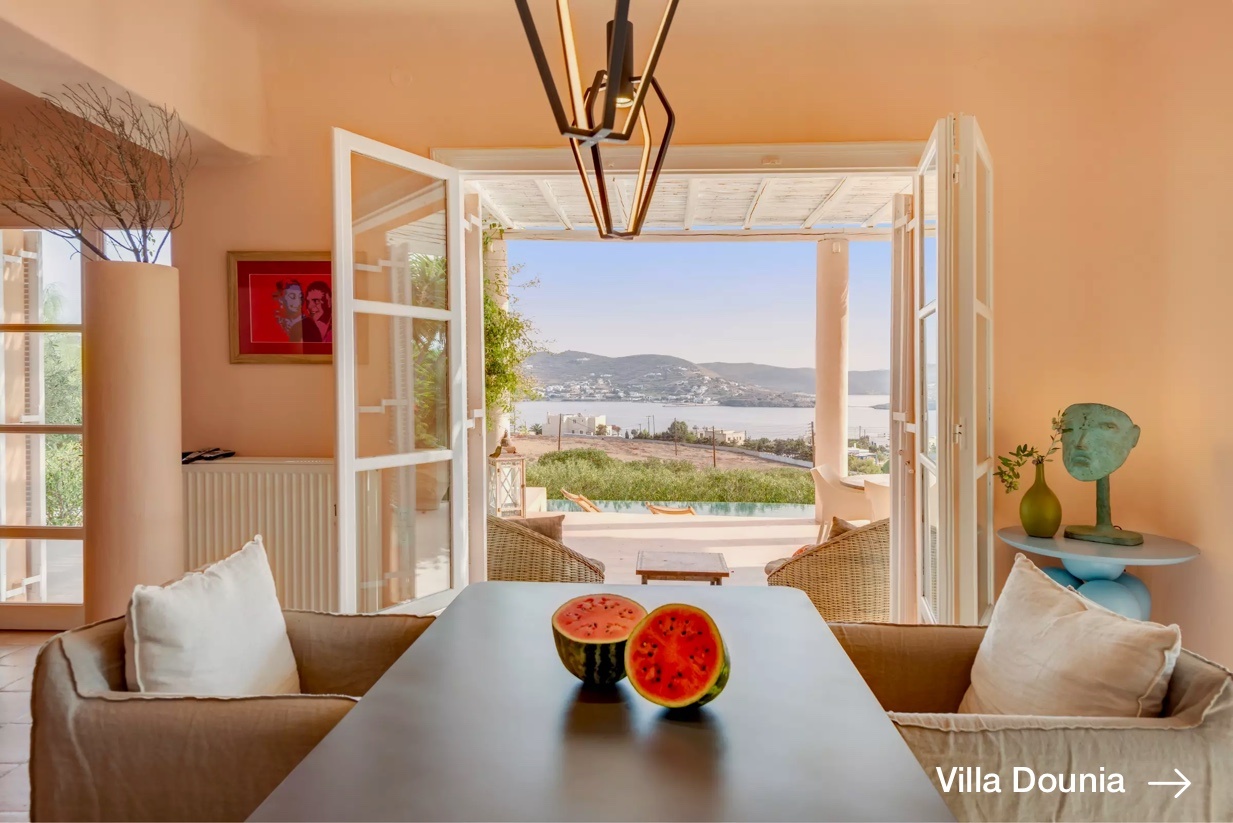 In Syros, Villa Dounia is one of a kind. Its bohemian and colourful decoration, Persian rugs and outdoor lounge make it an intimate cocoon, perfect for spending long evenings chatting and laughing by candlelight. Let yourself be lulled by the waves of the nearby Mediterranean until late at night.

BACK TO BASICS WITH HENRY MILLER

Best known for his autobiographical style and his controversial Crucifixion in Pink trilogy, he was also interested in Greece. The Colossus of Maroussiis above all the story of a decisive encounter between Miller and a land that will change his outlook on life forever. For the writer, the Greek land is absolutely unique, like its inhabitants. A trip to the cradle of the Mediterranean is an incredible opportunity to commune with nature and, above all, to return to an essential humanity and far from any artifice.

Where to stay in Greece, the Henry Miller way 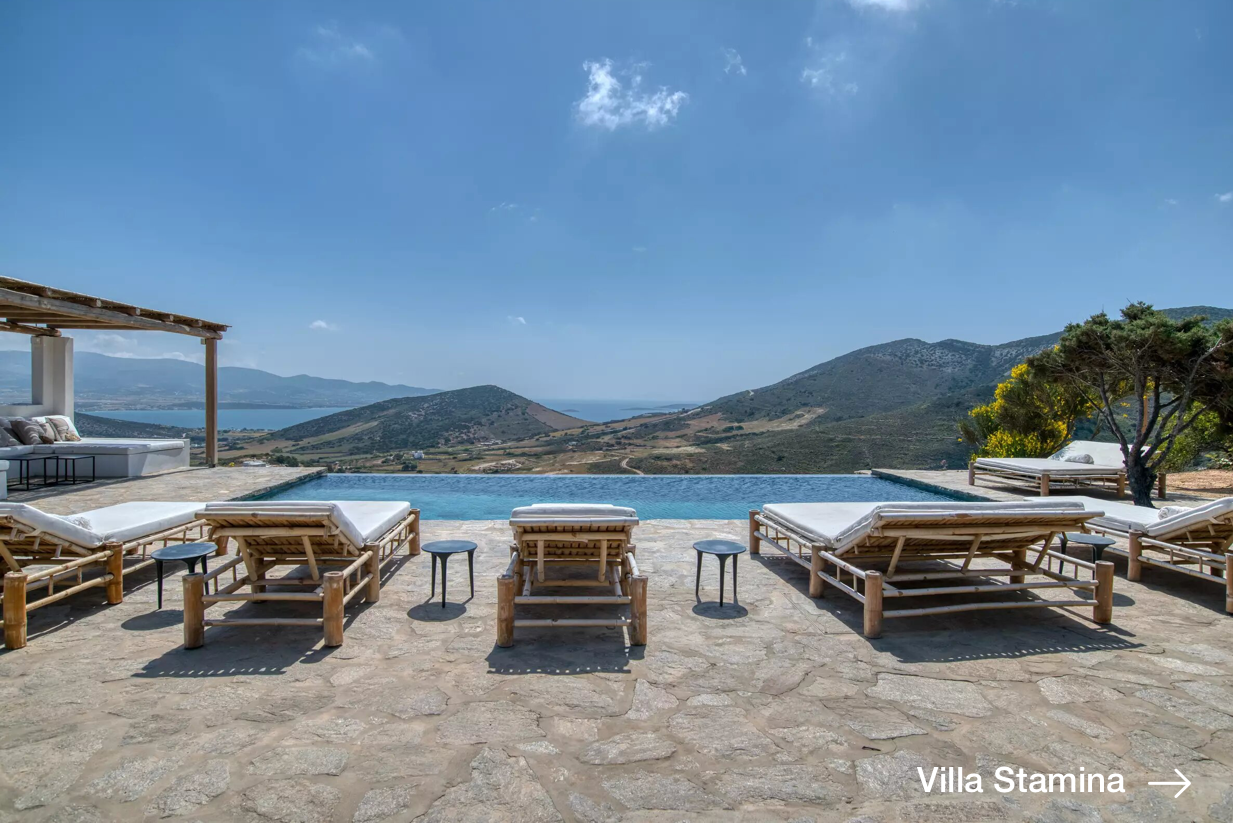 On the heights of Antiparos, Villa Stamina is nestled in lush greenery. In the middle of the fields, its crystalline swimming pool offers a panoramic view of one of the most beautiful islands of the Cyclades. Between whitewashed walls and under olive trees, this house takes us back to the essence of Greece just like Henry Miller in The Colossus of Maroussi. 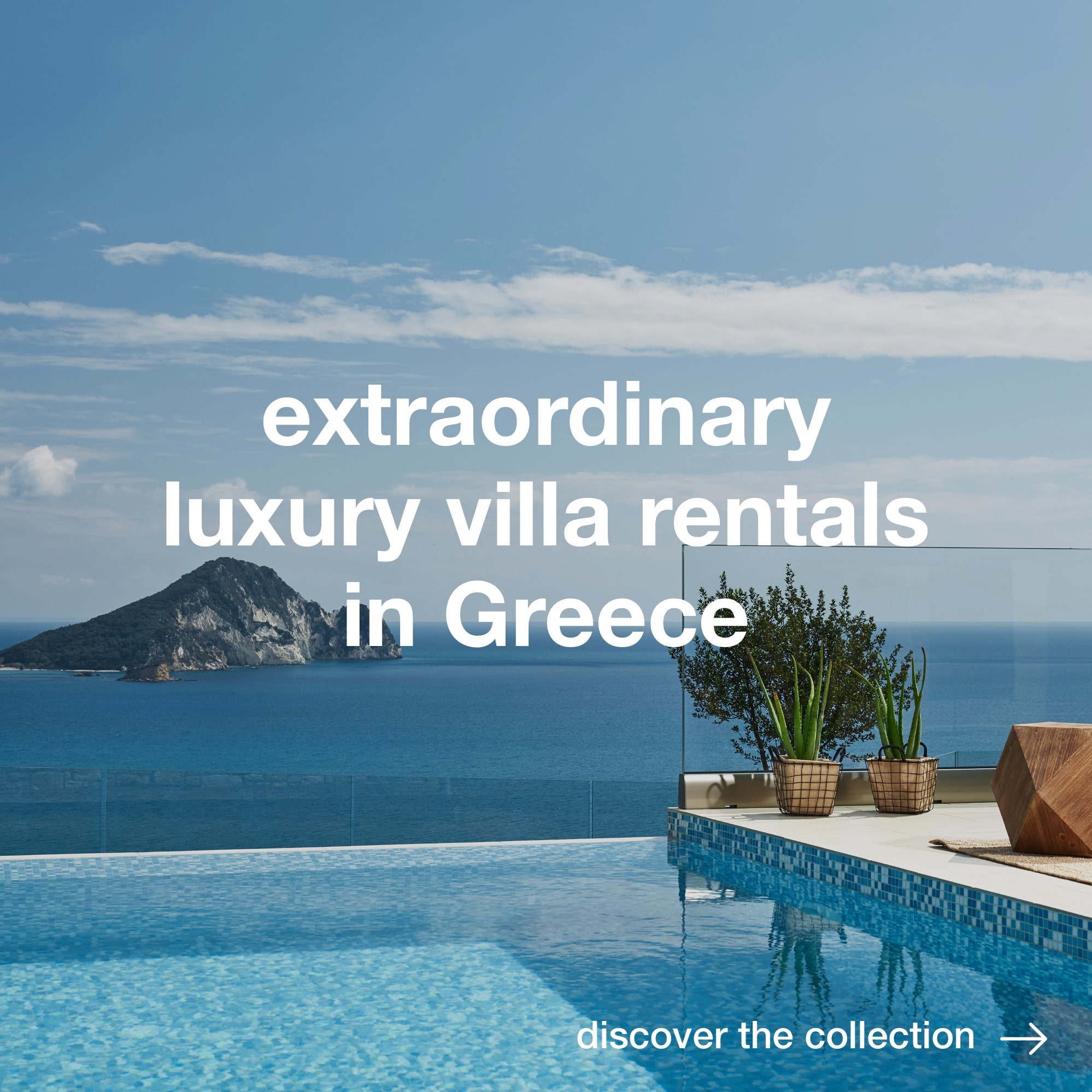 Summer reads to take with you to the French Riviera

This year, Le Collectionist takes you to discover dream destinations under the sign of literature.

END_OF_DOCUMENT_TOKEN_TO_BE_REPLACED 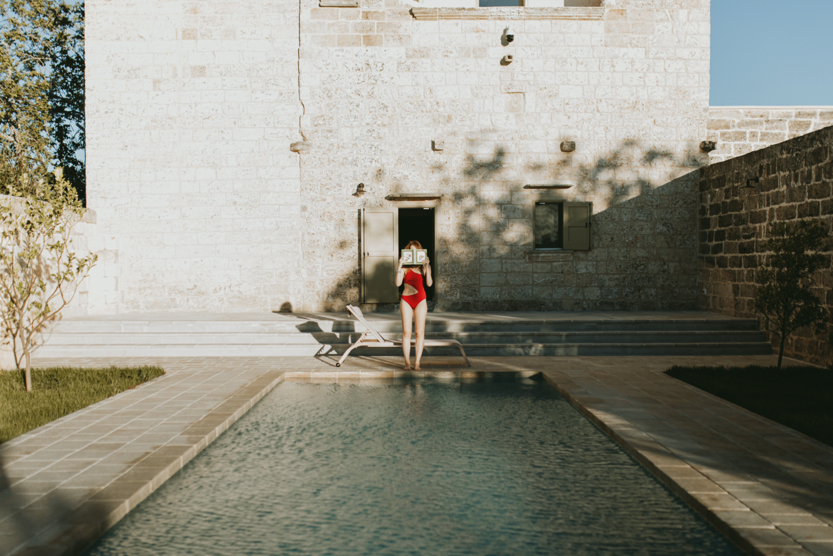 Summer Must-Reads According to Le Collectionist

This summer, put the screens aside, forget your favourite series during the holidays and take advantage of the good weather to catch up on your reading!