Our list of the best beaches North Corsica boasts

Untold beauty and wild beaches await you on the Isle of Beauty's northern coastline. Here is our list of the best beaches North Corsica has to offer.

For endless reasons, the Isle of Beauty is an appropriate epithet that has been given unto Corsica. The landscape, sharply contrasting with small pockets of gentle serenity that are engulfed by rugged and pronounced rock formations, is unfailingly picturesque. Soft beaches nestle like small oases amongst the dramatic cliffs. The surface of the brilliantly blue sea is freckled with red-hued rocks.

Inland, one can climb the vertiginous mountains and trek the undulating paths and ridges; waterfalls spring from mountainsides and crystal clear pools collect in the ravines of streams.

Corsica, however, is known for its enchanting coastline. The beaches entice travellers throughout the year. While it is pretty much agreed upon that the beaches are immensely beautiful, there is more debate about where to find the best beaches.

We, at Le Collectionist, don't believe there is categorically a best and a worst beach on this serene Mediterranean island. Each holidaymaker and local might have their favourite for reasons of their own, so we won't foist a definitive list on you. But we, too, have favourites. This list of the "best North Corsica beaches" might just help to narrow the choices that the island - one of our favourite luxury holiday destinations - proffers its visitors, but still leave each to decide for themselves which is the best for them.

Which part of corsica has the best beaches?

There is no distinction in the standard of beauty between the beaches of north and south Corsica. While the south is, buy-and-large, a busier area, the beaches of the north are more wild and untouched. 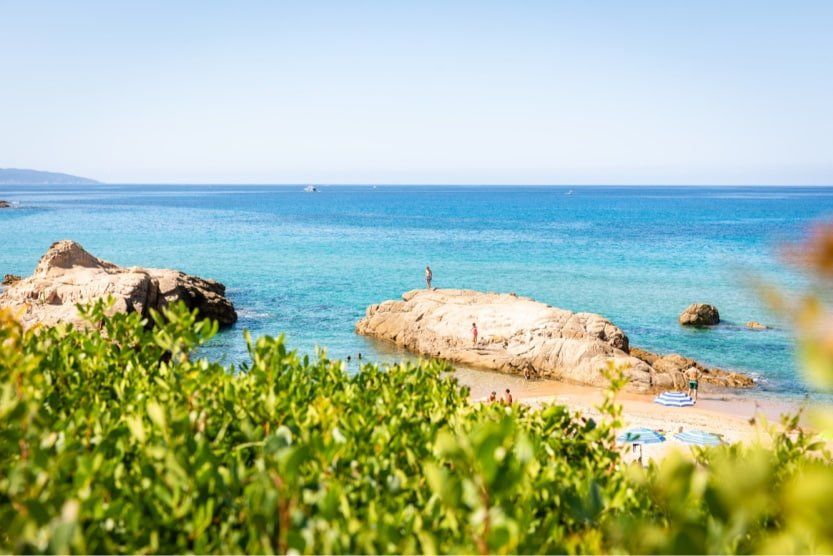 The south is a quintessential tropical paradise, where the beaches transport you to the Caribbean and days are spent dipping in and out of beach clubs, bars and the azure sea. The north is far more interesting, with huge variety in the ruggedness of the beaches, where quiet spots come by far easier. In this list we outline our favourite beaches on the northern side of Corsica to simplify your luxury France holidays on the island.

Located on the north coast near L'Île-Rousse, Ostraconi Beach sits on the outer edge of the Agriates Desert. It is a wild beach, and in terms of amenities is entirely unspoilt, but in terms of beauty it is anything but. The Ostriconi River snakes its way through the verdant vegetation, before debouching and making its final run to the sea over the bright white sand of the beach. In summer, the beach is overseen, which makes it a wonderfully wild place to visit with family. The shallow water gives the bay a brilliant blue hue.

Villa Frida commands amazing views from the hills above L'Île-Rousse. It appears almost to be hovering above the island. Spend your days outdoors on the spacious terrace and in the sumptuous embrace of the infinity pool. 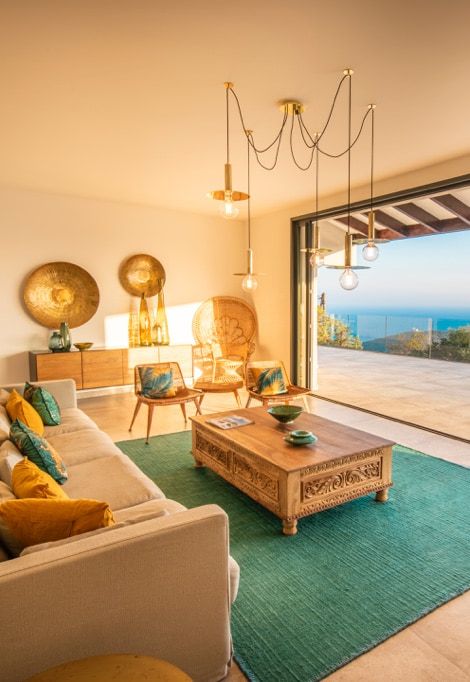 Plage d'Arone is an arching sickle that glints golden in the midday sun. The bay's still waters are welcoming and perfect for swimming. The beach is flanked by rocks with a rosy hue that emerge from the white-hemmed sea. It is located on the west coast just south of the Gulf of Porto. The beach is serviced, with some great amenities, such as beach restaurants and bars, on and around the beach, so no need to worry about preparing the way you might for some of the more wild northern beaches. 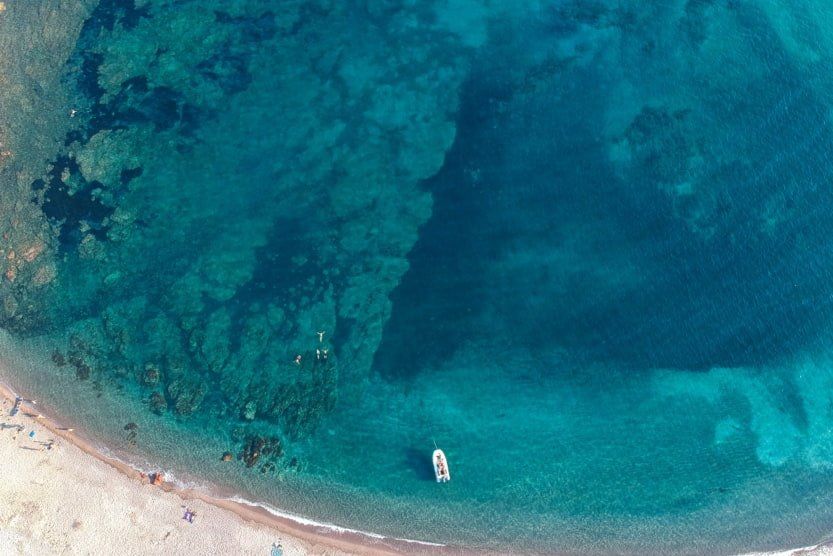 Sweeping sea views surround Villa Sunshine: the stretching blue horizon serves as the backdrop to your games on the tennis court and in the pool, and will lull you into your post-lunch nap from your air-conditioned room. The villa is located just south of Plage d'Arone, meaning your trips to this beautiful stretch of sand will be effortless. 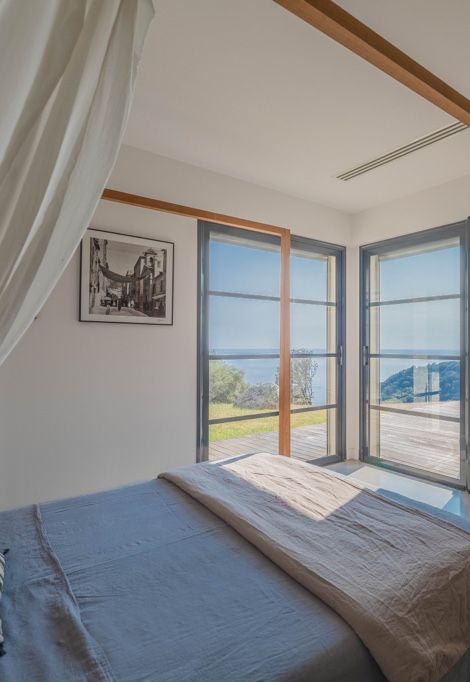 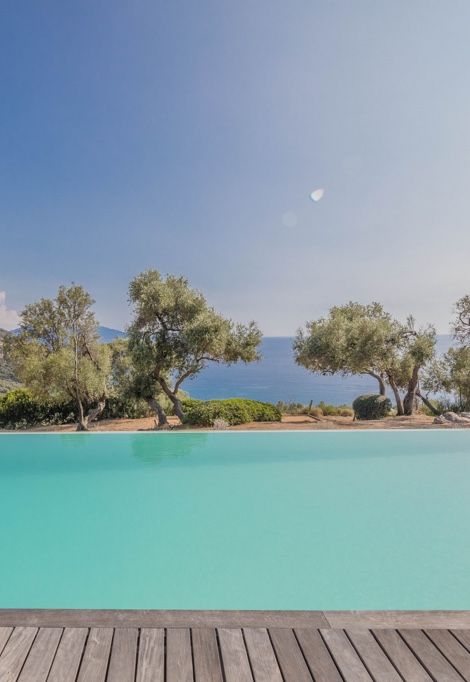 Lotu Beach, one of the most beautiful beaches

This is easily one of the most attractive beaches on the Isle of Beauty, which is quite an impressive feat. Poised on the cusp of the gulf of St Florent, which is the crook of Corsica's finger - the jutting, elongated headland on Corsica's north coast. Here, imagine the shimmering blue water, so clear that its ripples marble the clear white sand beneath the surface. 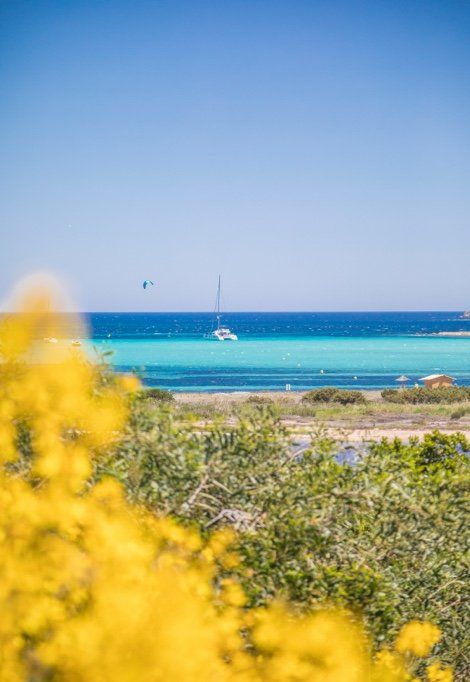 The sand is fine and soft, luring people to unroll their towels and allow the light breeze to guide it gently and evenly onto the smooth surface. Lose the days in the sun while exploring the waters and basking in the sun.

Set somewhat aback from the sea, Villa Cannicioni is a short drive from St Florent, from where the sea shuttle can whisk you to paradise on Lotu Beach. The stone facade slots seamlessly into the landscape, with a Mediterranean garden that trickles away from the house until it merges with the surrounding mountains. This is a place of utter tranquility, but with the village's bars and shops within walking distance. 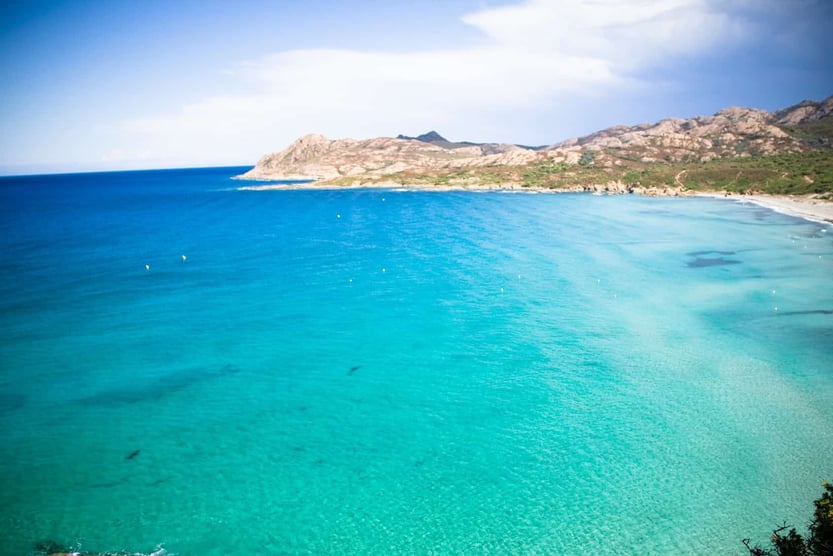 Saleccia Beach is a remote idyll that neighbours Lotu Beach. Lotu is best accessed via a boat shuttle, but Saleccia is a 45-minute walk beyond Lotu. The journey is well worth it: a picture-perfect setting welcomes you, with a great expanse of white sand that sweeps across the bay, its clear waters beckoning you in. The effort made to get to this beach gives it greater allure.

Villa Galea, though on the east coast, is a great place to stay if you wish to venture to Lotu and Saleccia just across the mainland. With a beach of its own and a plunge pool perfect for cool off, you will only have to leave for some of the best parts of North Corsica, such as the named beaches. Spend your days exploring the beach and the ocean or playing bocce and ping pong in the shade cast by the palms, using this contemporary villa as a guiding star, a landmark of architectural beauty, to return to each evening.

This beautiful beach feels like the centre of attention. Not only for the people who choose to spend their days here, but for the landscape that seems to have gathered around to witness the beach's untold beauty. Mountains frame the bay, where the gentle waves jostle to splash up the sandy shore.

Villa Rosabelle's wooden terrace is a boardwalk from one pocket of bliss to another: in the early evening, wander up from the pool that is perched below the villa to the pergola for a sundowner while the barbecue sizzles some fresh fish bought in Curzo, the hamlet overlooked by the villa, that morning. 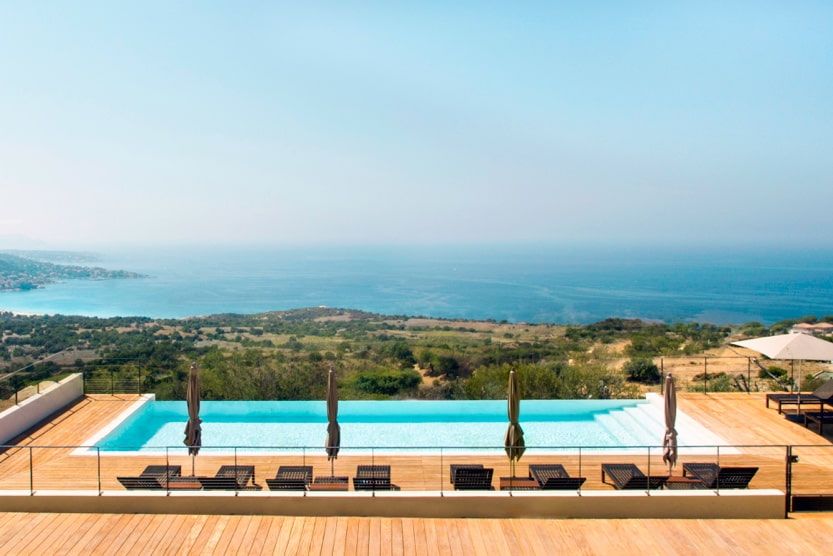 With Le Collectionist, exploring the spectacular array of beaches on your Corsica holidays is a pure and simple joy. Return to one of our North Corsica rentals after a day of exploring the island's treasures to unwind and experience the natural tranquility that this island so effortlessly exudes.

END_OF_DOCUMENT_TOKEN_TO_BE_REPLACED 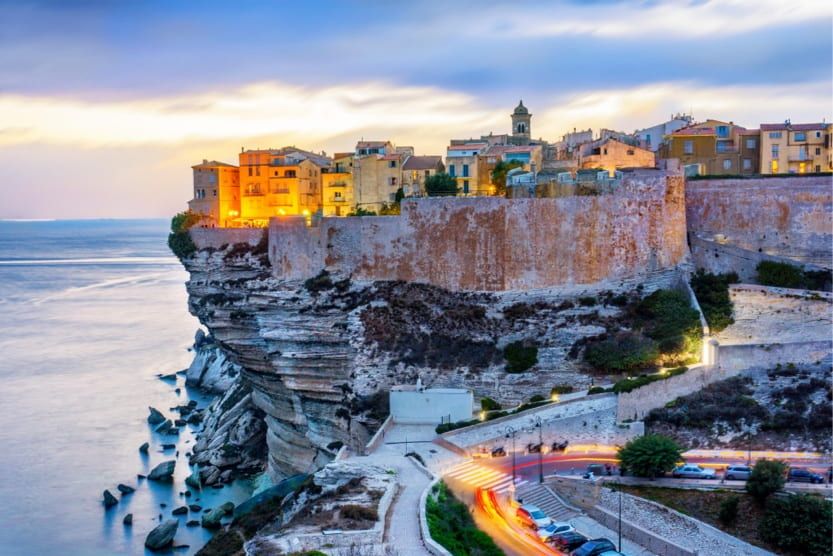 Holidays in South Corsica: The must-sees

The Isle of Beauty's southern wonders await discovery on your holidays in South Corsica.